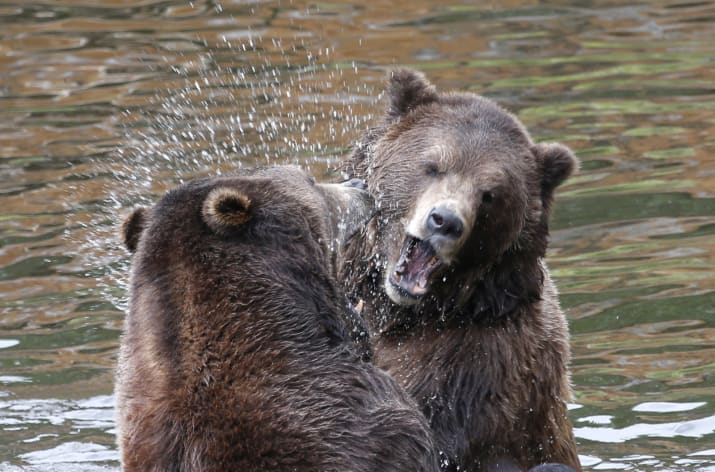 President Trump rolled back a trio of regulations Monday, including protections for hibernating bears in Alaska. The Obama-era rule from the Fish and Wildlife Service (FWS) prohibited certain hunting tactics that target “predator” animals likes bears and wolves while they are inside Alaska’s national preserves. This included a ban on hunters using airplanes. Trump overturned the rule Monday, handing control of the hunting regulations over to Alaska state officials who have shown an eagerness to control predator populations as a way to protect other animals such as deer. But animal rights activists say this will open the door to hunters snatching hibernating bears and wolves out of their dens, or even killing them in front of their cubs.

“This isn’t hunting – it’s slaughter,” government affairs director for the Center for Biological Diversity Brett Hartl said in a statement. “Killing wolves and bears in this cruel, unsportsmanlike fashion is outrageous, especially in national wildlife refuges that belong to all Americans.”

The Sierra Club also condemned the lifting of the ban.

“Targeting cubs with mothers, baiting, and other extreme hunting measures promoted by this resolution have no place on our public lands,” said Alli Harvey, Alaska representative with the Sierra Club’s Our Wild America campaign.

Alaska’s congressional delegation, however, supported the bill’s passage through the Senate and House to overturn the hunting ban. Republican Sen. Dan Sullivan applauded the change and criticized the Fish and Wildlife Service, which he said usurped the state’s authority.

“Alaskans have been able to maintain these strong and life-sustaining traditions through a rigorous scientific process that allows for public participation and ensures we manage our fish and game for sustainability, as required by the Alaska Constitution,” he said.

Previous articleThe Top 6 Strictest Celebrity Vegans, Ranked
Next article10 Struggles Of Going Out To Eat That Only Vegans Understand