How to Vegan DISCOVER THE ART OF PUBLISHING
Home Recipes Skip The Bacon: 20 Vegan Breakfast Ideas 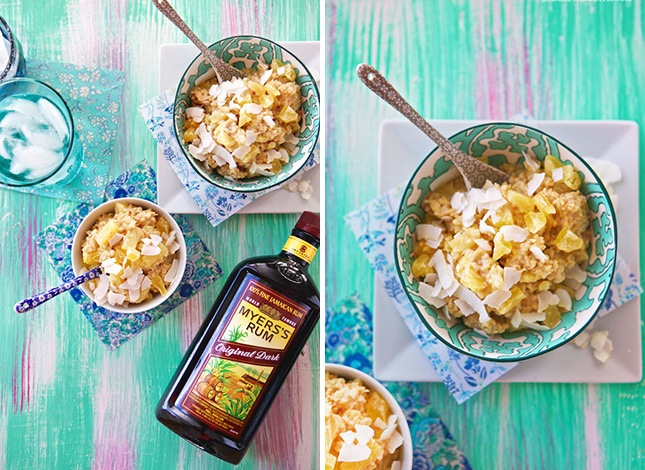 No matter what your dietary restrictions, these days, there are loads of recipes out there to cater to your habits. Whether you’re doing it for your health or for love of animals and sustainability, the universe just keeps sharing more and more delicious vegan options with us. So rise and shine. Breakfast is served, and it’s an animal by-product-free affair. Dig in.

2. Breakfast Hash With Fried Tofu Egg: Take the greasy dinner classic, give it a spin and get your morning protein in an animal-free type of way. (via Cookbook Aficionado)

5. Funny Face Pancake: The staple from our childhood goes grown-up with coconut milk and coconut butter. (via Hell Yeah Its Vegan)

6. Cinnamon Rolls: Just because you’re giving butter the boot doesn’t mean you can’t get in on that ooey gooey deliciousness. For those of us that need our sweet tooth fulfilled before heading to work, may we present, the seven-ingredient cinnamon roll. (via Minimalist Baker)

7. Tofu Scramble: You know all those random odds and ends that you have in your refrigerator at the end of the week? This is perfect for those. Put them all together and you have yourself one mighty fine scramble. (via Blissful Basil)

8. Fruit Tacos: Yo quiero chocolate taco shell? Fill it with fruit and call it breakfast. (via She Knows)

9. Mango Granola: Vegans are no strangers to being called granola, and really, is that at all a bad thing? (via Minimal Eats)

10. Blueberry Banana Bread: Banana bread can do no wrong. Add blueberries, and you’ve got the most righteous loaf in all the land. (via Nosh and Nourish)

11. Strawberry Almond Chocolate Chip Scones: Yup, even vegans can get in on an epic game of scones. (via Veggie and The Beast Feast)

12. Peanut Butter Banana Waffles: Peanut butter ups the ante no matter what you’re putting in your mouth. Add an infinite number of toppings to these waffles to change it up every time. (via Never Homemaker)

13. Chocolate Hazelnut Spread: No matter your diet, no mortal should have to go without a Nutella-esque spread. Add to peanut butter waffles and you have yourself the ultimate in breakfasts. (via Gluten Free Rosie)

14. Chickpea Flower Omelet With Asparagus: There’s something about an omelet that says, “It’s the weekend; let’s celebrate.” (via Fat Free Vegan Kitchen)

15. Raw Donuts with Coconut Glaze: Not only are these donuts vegan but they’re also completely raw. Take that frizzled fritters of our past. (via Shine on Fruit)

16. French Toast: French toast acts as the official start of every perfectly lazy Sunday morning. (via Love and Lemons)

18. 10-Minute Fig Breakfast Parfait: Prep this quick and easy recipe in mason jars at the beginning of the week, and go-go-go the healthy way Monday through Friday. (via Everyday Feasts)

19. Pineapple Coconut Vitamin C Smoothie: Of course we needed to toss a smoothie into the mix. It take five minutes to make and 30 seconds to suck down. This is timesaving at its finest, folks. (via Oh My Veggies)

20. Breakfast Toast With Refried Beans and Avocado: Don’t fear the kitchen! If you can make toast, you can make this breakfast. And don’t raise your eyebrows when you get a load of those refried beans. They skip the lard and are 100% certified vegan. (via Serious Eats)