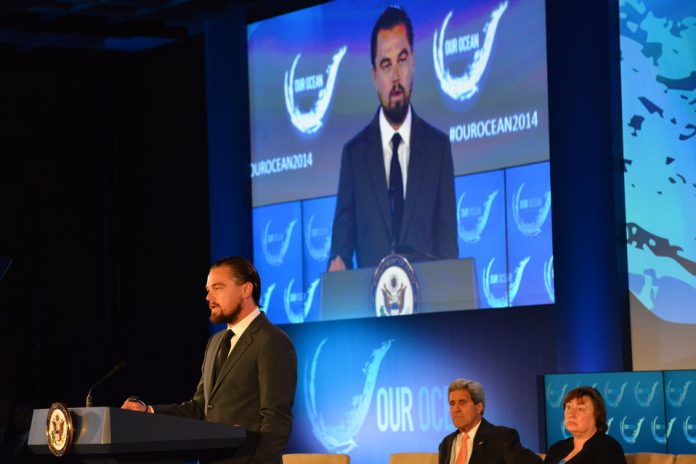 Recently more people have become aware of the environmental damage that is being done as a result of large scale farming of cattle for our consumption. It is estimated that around 14% of all global greenhouse gas emissions come as a result from the carbon emissions from the global livestock sector (the beef and dairy industries account for 65% of all livestock emissions).

DiCaprio produced the critically acclaimed documentary Cowspiracy: The Sustainability Secret which outlines some of the long term dangers that the current mode of farming is posing to the future of the planet.

He has now combined with an Indian Hindu Nationalist group called Rashtriya Swayamsevvak Sangh (RSS) to get people to change their eating habits.

In the Hindu religion the cow is thought to be sacred, or deeply respected due to its many agricultural uses. In 27 of the 29 Indian states it is actually illegal to eat or process cow meat.

DiCaprio met with RSS leader Mohan Bhagwat in London at the start of Indian’s week long tour of the UK.

The RSS also met with business magnate Richard Branson who has recently spoke about launching a ‘vegan Airline’.