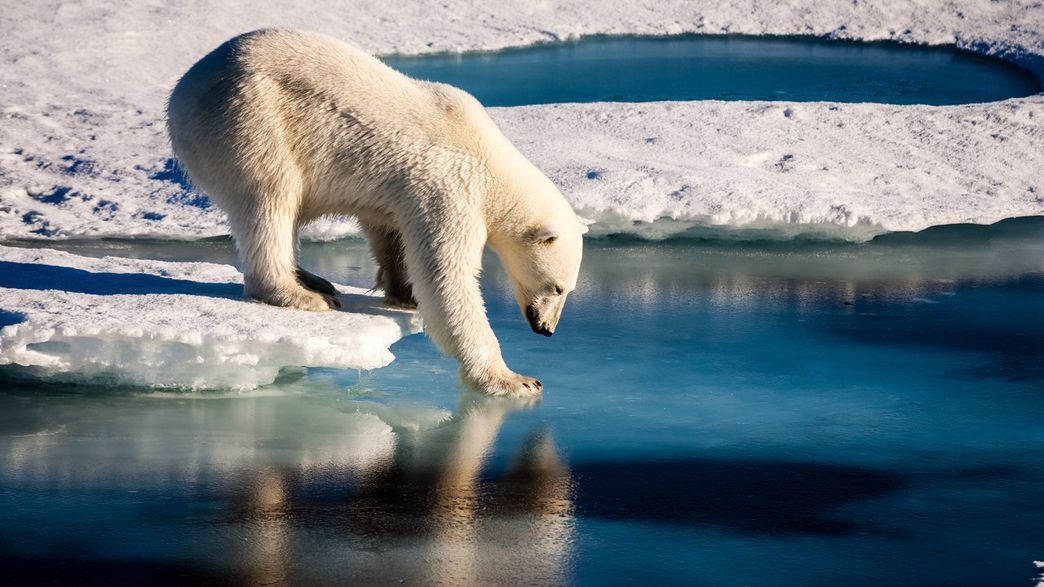 Polar bears are one of the most prominent symbols of man-made climate change, and it’s not difficult to see why. Little garners more empathy than the sight of an animal watching on helplessly as its home literally disintegrates into the sea.
Plenty of studies have detailed just how quickly their icy habitats are disappearing, and a new paper in the journal Cryosphere sadly reveals just how desperate their plight is. There are 19 separate polar bear populations that live throughout the Arctic, and it just so happens that every single one of them is experiencing increasingly early ice loss.

A team from the University of Washington (UW) scoured through 35 years of satellite data, which recorded the daily sea ice concentrations. Polar bears use sea ice in both summer and winter for hunting their aquatic prey and for mating – without it, they would almost certainly die out.

Sadly, the researchers discovered that the total number of ice-covered days has been declining year-on-year since at least 1979. In fact, every decade since then, there have been anywhere between seven to 19 fewer ice days.

In addition, sea ice concentration during summer months has fallen in all regions, from between 1 and 9 percent per decade. This means that polar bears have been spending more time on land fasting than ever before.

Time lapse of relative age of Arctic sea ice since 1990. The oldest ice is white, and the seasonal ice is dark blue. Note how much old ice has disappeared as of late. NOAA Climate.gov via YouTube

Most importantly, across all regions, spring melting has begun increasingly early over time. Thawing began three to nine days earlier per decade, which adds up to seven total weeks of total loss of sea ice in just 35 years.

“We expect that if the trends continue, compared with today, polar bears will experience another six to seven weeks of ice-free periods by mid-century,” co-author Harry Stern, an Arctic sea ice researcher at UW, said in a statement.

Previous articleWhy Isinglass Is Vegan
Next articleWould you go vegan for free dinners?