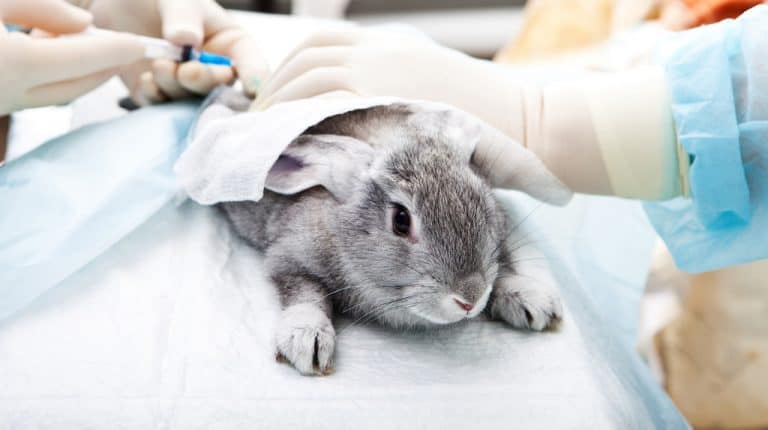 There’s something powerful happening down under. First New Zealand banned cosmetic animal testing in 2015, and now Australia is passing a similar ban which will go into effect July 2017. The nation will join the ranks of the European Union, Israel, Norway, and Turkey, all of whom have passed similar measures to cut down on animal testing.

“We no longer need to test cosmetics on animals and many countries, including the European Union, have banned the use of cosmetic ingredients tested on animals.

“Testing the ingredients of cosmetics on living creatures is a completely unnecessary cruelty and it’s time Australia joined a growing number of communities by banning it,” he added.

This news shouldn’t come as a surprise, considering that 85% of Australians oppose animal testing, relays a 2013 poll.

“Using live animals to cruelly test new ingredients for cosmetics such as hair dyes and skin cream is ethically unjustified, so we’re thrilled that following motions recently passed by both the Senate and the House, the Government has now promised specific legislation to ban cosmetics cruelty. There is a growing global trend towards eliminating the sale of newlyanimal-tested beauty products and their ingredients, and today’s announcement will put Australia on the map as the next country to say NO to cosmetics cruelty.”

Stuart mentioned that activists with the campaign look forward to working with the government to “develop meaningful legislation” that eliminates animal testing and the sale of beauty products or ingredients which have been tested on animals abroad.

“Without a legislative sales ban there is nothing to prevent cosmetics animal testing taking place here in Australia, or overseas during development of products sold in our shops. Such bans are already in place across the European Union, Israel and India, and there is now growing worldwide momentum towards ending the marketing of cruel cosmetics. A similar legislative ban in Australia will be good for animals, consumers and science, and it’s what the overwhelming majority of Australian citizens want,” said Stuart.