The WORST Part About Being Vegan 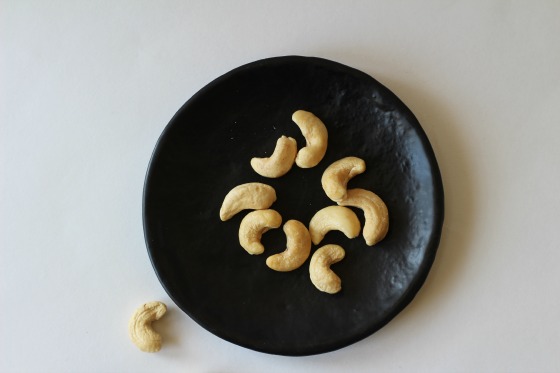 Most people talk about the upsides of being Vegan… improved health, living compassionately, and lessening our destruction of the environment. But there’s another side not everyone talks about.

When you first tell people that you are Vegan, you can literally watch as the thoughts race through their minds… because they also race across their faces. Sometimes their expressions are pleased. Sometimes they are surprised…uncertain…or even downright annoyed.

But no matter which reaction you are greeted with, they are always coupled with preconceived ideas about what your life must be like. I’ve found that I’m sometimes intimidated by some of these constructs, and feel like I’m possibly not living up to peoples expectation of what a Vegan is.

In my opinion being Vegan is good for so many reasons, the downsides seem really superficial. But what can I say…I’m human.

As with everything else, you are judged for your decisions by society and held accountable to stereotypes. I would say dealing with that drama is definitely the worst part about being vegan.

Expectation #1-Your body resides at the perfect weight at all times.

Don’t be overweight if you are Vegan!! People assume that you are either cheating or ‘aren’t doing it right’. Yes, by eating a whole foods, plant-based vegan diet you will probably drop some pounds, but not every Vegan is a healthy Vegan. There is plenty of vegan junk food out there too.

And even if you do eat a healthy vegan diet, that is no guarantee that you will be at your perfect weight either. You can still over-indulge, not exercise enough, stress-eat, or eat too many treats! Our fat may be from more quality ingredients, but in the end, we are just people… with the same issues other people have. That doesn’t change.

Expectation #2-You have clear and glowing skin every day.

I must say that my skin is actually one of the things that improved the most when I started eating a plant-based diet. Not just on my face, but the skin on my body. I’m not sure how to explain it other than to say it became more refined.

However… sometimes I’m better at exfoliating and moisturizing than others. Yeah, sometimes I actually do think ‘My skin is glowing!’ But other times, though its usually clear, my skin is just sallow with dark circles under my eyes.

Expectation #3-You are totally natural and have evolved beyond the common pursuits of vanity. Yet somehow you embody a beauty that radiates from within.

This is the type of image I feel pressured by. In my mind, I’m expected to embody this image of a Vegan waif… Beautiful flowing hair. Innocent in simple, yet elegant clothing. Delicate in body and actions. And absolutely luminous!

Now, I’ve never been waif-like. I’m pretty sure I will never be waif-like, and I don’t really think I even want to be waif-like. And none of the other imagery fits me either. Don’t get me wrong, you will find Vegans like that too. But really, its like expecting every meat eater to look the same. Pretty unlikely.

Expectation #4-You are happy all the time.

This is SO not true. Being Vegan and being happy have nothing to do with each other. I’m entitled to be grouchy as often as you are.

Expectation #5-You are always a good person and always ‘Do the right thing’.

There are vegan jerks. I’m sure you’ve met some of them.

Expectation #6-You are totally at peace and have figured out the meaning of life.

I’m definitely still searching for answers. I do think that living a conscious and mindful life helps to encourage the pursuit of a peaceful and meaningful existence. And I think that those are 2 qualities that often go along with a person who has decided to become Vegan for ethical or religious reasons. But that only applies to a percentage of Vegans.

Basically, I don’t think the pursuit of peace and the meaning of life is reserved for Vegans. I’m sure we have just as many ‘issues’ as the general population. We just might be ahead on the compassion part.

Expectation #7-Everyone thinks you are judging them and that you are a bossy know-it-all.

Now this one is partially true. I was on a Facebook page recently and there was one of those multi-response ‘discussions’ taking place. It was clearly very heated, so I had to take a look!

The topic was about being a ‘true Vegan’, and the anger some people felt about those who claimed that they were Vegan but actually cheated. Maybe they ate fish every once in a while, or honey, or they still wore leather. I try not to get involved, but I couldn’t help it.

I may be in the minority, but I feel like this kind of elitist attitude is exactly what gives Vegans a bad name!

I mean…who really cares if someone lies about HOW vegan they are. I don’t understand why some Vegans feel it necessary to monitor everyone else. I lied about my weight on my drivers license. Should someone come and reprimand me for not being completely honest?

People fib all the time about what kind of grades they got in school, how much money they make at their jobs, how many people they dated before they got married.

In my opinion, if your focus is on making sure everyone else is defining themselves correctly… YOU ARE MISSING THE POINT OF BEING VEGAN.

To me, its not about being perfect. Yes, we should all strive to be better. But we shouldn’t be shamed for not achieving the ideal, nor told that we can’t be a part of ‘the club’ until we have achieved mastery. Doesn’t sound like a club I want to belong to.

The club I want to belong to is a group that makes efforts to live a conscious and compassionate life that includes people and animals. Its about starting where you are and focusing on what YOU can do to lessen suffering in the world and reduce the depletion of our natural resources. Not to point fingers at how everyone else is failing in their own journies.

I find that I’m hesitant at times to even mention that I’m Vegan because of the negative stereotypes people have. As some times is the case, I think these stereotypes were born from partial truths. At one time, only a small percentage of people would choose to live a Vegan lifestyle. If you were someone who chose to be Vegan, chances are, you felt strongly about many of the same causes, and had many of the same values as other Vegans. And you probably had other things in common too. Like fashion choices.

But there really are so many people today who have chosen a plant-based lifestyle for so many different reasons, that assuming a certain type of lifestyle based on a decision to be Vegan, no longer really applies.

According to the Vegan Society, Veganism is: ‘a way of living which seeks to exclude, as far as is possible and practicable, all forms of exploitation of, and cruelty to, animals for food, clothing or any other purpose.’

So technically, if you don’t meet this criteria you are probably more accurate in claiming a plant-based title.

But I think its ok to let it go if someone gets the titles a little screwed up.