How to Vegan DISCOVER THE ART OF PUBLISHING
Home other The Soy Truth Every Vegan Wants To Know! 6 Myths Debunked

The little bean has stirred many a heated debate since it began being cultivated widely as a food crop in the United States in the 1940s. Medical studies in the early 1960s determined that soy was an excellent source of protein and could make a good meat replacement for vegetarians and omnivores alike. By the 1990s, research showed soy might be the answer to all our health problems—a potential cure for obesity, heart disease, and cancer, among other things.

But when scientists took to their labs to corroborate the theory, their studies could not clearly establish soy as the health boon we all thought it was. The best we can do, of course, is look to recent research for answers to these conundrums.

Here’s what science says now about the 6 most common soy confusions: 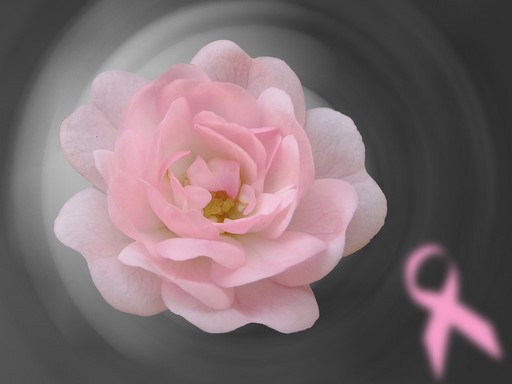 “Research is constantly evolving and the idea that soy could be harmful for cancer came from animal studies and lab studies that tested estrogen-like compounds in soy,” says Marjorie L. McCullough, strategic director of nutritional epidemiology for the American Cancer Society. “Studies in women have suggested soy could possibly be beneficial.”

In January 2008, researchers at the University of Southern California found that women averaging one cup of soymilk or about one-half cup of tofu daily have about a 30 percent less risk of developing breast cancer, compared with women who have little or no soy products in their diets. However, to be effective, the soy consumption may have to occur early in life, as breast tissue is forming during adolescence.

What about women who have already been diagnosed with breast cancer? A study published in the Journal of the American Medical Association in 2009 shows that soy products may reduce the risk of recurrence. In a group of 5,042 women previously diagnosed with breast cancer who were participating in the Shanghai Breast Cancer Survival Study over a four-year period, those who regularly consumed soy products, such as soymilk, tofu, or edamame, had a 32 percent lower risk of recurrence and a 29 percent decreased risk of death, compared with women who consumed little or no soy. An accompanying editorial suggested that inconsistencies in prior research may be attributable to the comparatively low soy consumption in the United States, making beneficial effects harder to identify. 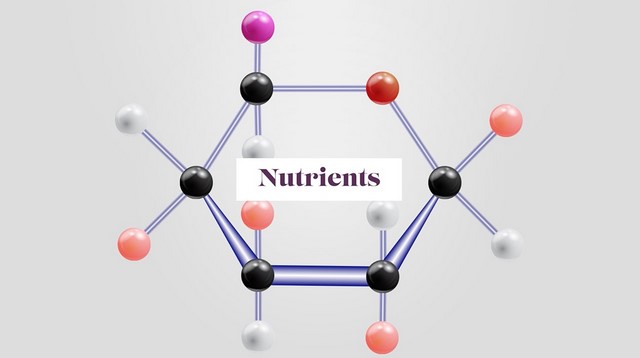 It is easy to understand where this myth comes from because soy does contain antinutrients. An antinutrient is basically anything which blocks nutrients from being absorbed. In the case with soy, the antinutrients are natural chemicals called phytates. Because phytates bind to certain minerals, they can prevent some iron, zinc, and calcium from being absorbed. The keyword to note here is “some”.   You will still absorb a considerable amount of those nutrients, even with the phytic acid. The phytic acid in soy will in no way deplete nutrients from your body.

It is important to note that soy is very high in all of these nutrients which is supposedly blocks. So, while you might not be actually absorbing all 6.8mg of iron found in a cup of soy beans, you are still getting a lot of iron.

For people who are really worried about getting the most nutrients from their food, there are a few tricks for reducing phytates. Cooking and fermentation reduces phytates in soy. You can also add a splash of vinegar to soy beans while they are soaking to kill the phytates. 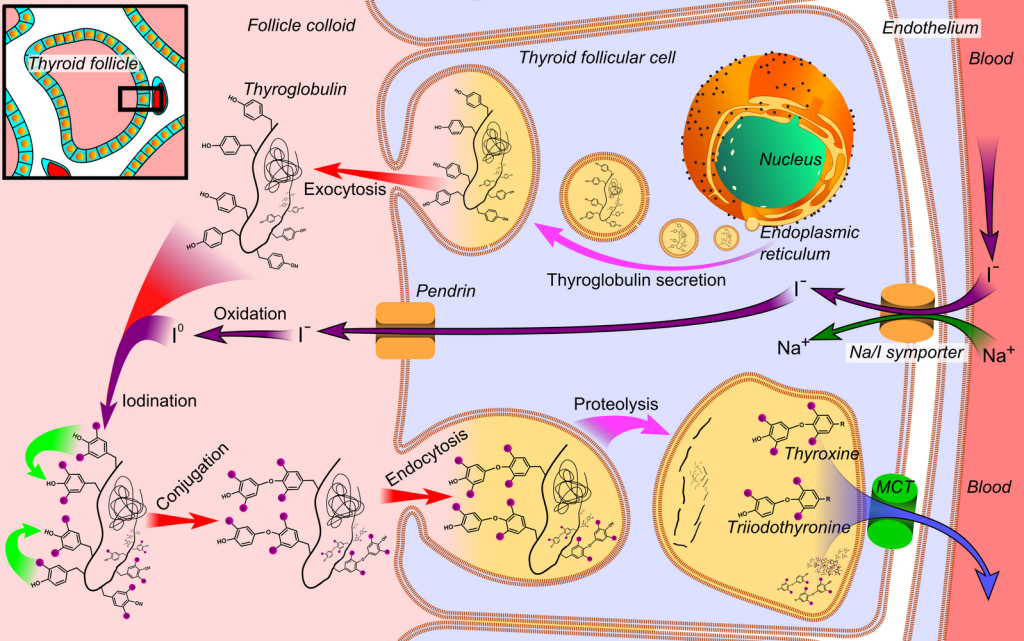 Antisoy websites claim that soy phytoestrogens are “potent anti-thyroid agents that cause hypothyroidism.”8 Indeed, in the May 2011 issue of Clinical Thyroidology, a randomized, double-blind crossover study by Sathyapalan and colleagues found that six of 60 women with subclinical hypothyroidism converted to clinical hypothyroidism after eight weeks of supplementation with soy protein containing 16 mg of phytoestrogen per day. To mimic a typical Western diet, the study authors also gave women daily soy protein supplements with 2 mg of phytoestrogen. The women in this lower-dose group showed no change in thyroid function.

For those individuals already being treated for hypothyroidism, it’s important to note that soy consumption decreases absorption of replacement thyroid hormone, so clients should be reminded to take such medications on an empty stomach as directed. Interestingly, in the same study by Sathyapalan, the high-dose soy phytoestrogens significantly reduced insulin resistance, blood pressure, and inflammation markers. 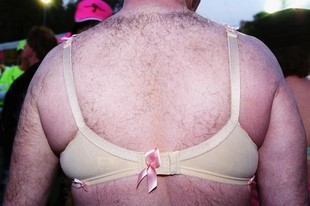 High doses of phytoestrogens have been shown to impair male rats’ ability to produce offspring, but the same effect hasn’t been found in male humans. Since many of the concerns related to soy come from studies in rats and mice, it’s important to recognize that rodents metabolize soy isoflavones differently than humans, essentially making these studies inapplicable.

While individual cases of sex hormone changes in men eating soyfoods have been reported, these men were consuming extremely high doses of soy (3 quarts of soymilk per day, in one case), and the effects were reversed when the soy intake was discontinued.6 A 2010 review in Fertility and Sterility concluded that “neither isoflavone supplements nor isoflavone-rich soy affect total or free testosterone levels” and that there’s “essentially no evidence from nine identified clinical studies that isoflavone exposure affects circulating estrogen levels in men.”

Myth: All Soy Is GMO 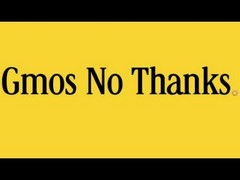 It is worth to first state that the largest consumer of commercially grown GMO soybeans, both in the US and globally, is farmed animals. GMOs are genetically modified organisms, and their safety for human consumption is a hot topic of debate; many European countries have banned GMOs.

Soybeans are one of several major food staples now dominated by genetic modification. Currently, 81% of the global soybean crop is genetically modified, and approximately 85% of all GMO soybeans end up in farmed animal feed. The GMO soy consumed by farmed animals is utilized as a source of protein by them, and does not just magically evaporate in the slaughterhouse or the milk processing plant. It ends up on your plate.

But while an alarming percentage of soybeans are genetically modified, the claim that “all soy is GMO” is one of the great soy myths. Of the soy directly consumed by humans, non-GMO soy foods such as tofu, tempeh and soy milk are widely available in stores which offer soy products, and they are clearly labeled non-GMO. 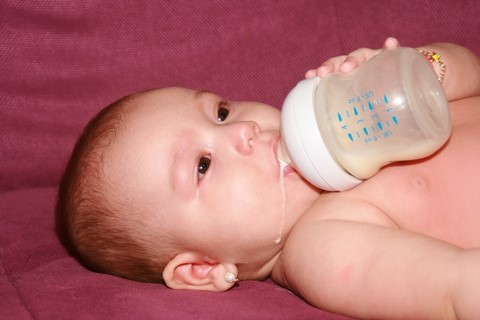 To date, this hasn’t been found to be the case. A 2012 study in Pediatrics compared breast-fed infants to those fed soy- and cow’s milk–based formula. Although breast-fed babies scored higher on tests of cognitive development, all of the formula-fed babies showed normal growth and development in the first year of life.

Moreover, a retrospective study of 811 men and women aged 20 to 34 found no difference in height, weight, time of puberty, general health, or pregnancy outcomes between those fed soy-based formula as infants and those fed cow’s milk–based formula.

“If you look at the latest research,” Drake says, “there is no convincing evidence that healthy infants fed soy-based formula are at greater risk for adverse effects than those fed cow’s milk-based formula.”

Soy has long been recognized as a nutrient-dense food and as an excellent source of protein by respected dietitians and clinical nutritionists. The soybean contains all of the essential amino acids, as well as an impressive list of micronutrients (vitamins and minerals). Micronutrients in rich supply in soy include: calcium, iron, magnesium, manganese, phosphorus, potassium, vitamins B1, B2, B3, B5, B6, B9, C and zinc. Fiber and omega-3 and 6 fatty acids are also present in soy.

Soy has been a major staple in Asian cultures for centuries, and their incidence of coronary artery disease, hypertension, ischemic stroke, hormone-dependent cancers, osteoporosis, postmenopausal hip fracture, diabetes, and obesity are all markedly lower than what is seen here in the US. However, when sectors of these populations begin to consume foods based more on the Western diet, not surprisingly, their patterns of disease begin to mimic ours as well.

Soy foods, both fermented and whole foods are safe and nutritious, and of course should be consumed in combination with a wide array of other foods, including fruits, vegetables, and dark leafy greens.