Many people may not realise the beer in their pint glass contains a product made from fish. Now the Campaign for Real Ale (Camra) is calling on brewers to investigate alternatives for their drinks. But why is fish put in beer anyway?
Ask somebody to list the classic ingredients of beer and the chances are they will come back with: hops, malt, barley and water, with a bit of yeast thrown in for good measure.

It is unlikely the swim bladder of fish would be on the list, but isinglass – a gelatine made using the organ – is in fact very likely to be in your average pint.

Used since the 19th Century as a fining agent to make beer clear, bright and more attractive to drinkers, the odourless added extra is used widely by brewers, from mass-produced brands to small microbreweries.

Its prevalence poses a problem for vegetarians and vegans, many of whom do not realise they need to tread carefully when ordering at the bar.

Now Camra is calling on breweries to examine alternatives to isinglass in beer, is a brewing revolution on the cards? 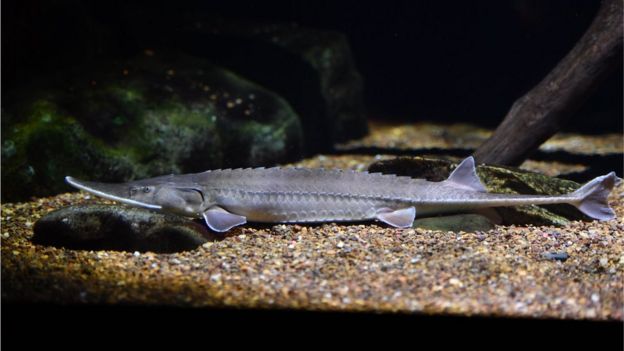 While flocculation – the process where the substance mixes with the yeast in the beer to make it less hazy – is useful for many breweries and landlords looking for beer to settle quickly, Twisted Barrel Brewery made the decision not to use isinglass to clear its beers soon after setting up in 2014.

Brewery owner Tim Bosworth, a long-term vegetarian who went vegan two years ago, said he was shocked when he first learned about the ingredient.

“It’s kind of disgusting to think about, even to people who eat meat, and it’s something that’s not talked about,” he said.

“Nobody really wants to advertise that they filter their beer through dead fish.”

Vegan beer is being made by a number of breweries

As well as the ethical and environmental issues around veganism, the Coventry-based brewer has another more practical objection: the effect of isinglass on the taste.

“It takes away a lot of the flavour from the beer,” Mr Bosworth said.

“More people know now that beer doesn’t have to be clear – it doesn’t matter what it looks like, and isinglass is just used for aesthetics.” 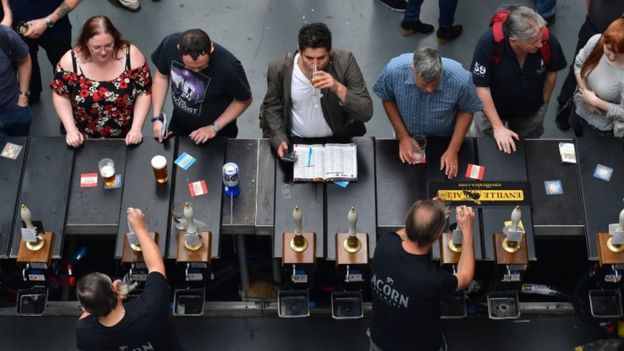 When Manchester’s Marble Brewery started out in 1997, the production of vegetarian-friendly ales was not a consideration, but the desire to be authentic meant the brewery steered clear of fining agents.

Its stance means Marble is one of a handful of breweries to be approved by the Vegetarian Society, something that’s earned it a loyal following.

While not averse to using odd ingredients – from Japanese citrus fruit yuzu to bergamot – the idea of filling a pint full of fish bladders left a bad taste with the brewery’s brains trust.

“When I first came here I asked [brewery owner] Jan if we needed to be vegetarian, and she said yes we do because it’s a very big thing for us,” said James Kemp, who took over as head brewer this year.

“We’d lose a lot of customers if we weren’t part of it.

“We always try and make our beers as clear as they can be through great brewing – it’s a source of pride for us.” 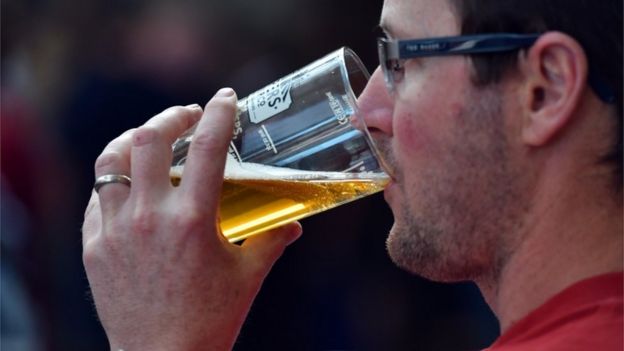 Alternative finings, such as products from seaweed or Irish moss, can also be used to help beer clear more quickly

If the likes of Marble got the ball rolling with unfined beer, then the momentum has picked up with the recent British brewing boom.

Alternative vegetarian-friendly finings, such as products derived from the algae Irish moss or seaweed, are also on the market.

But why did breweries start using finings in the first place? 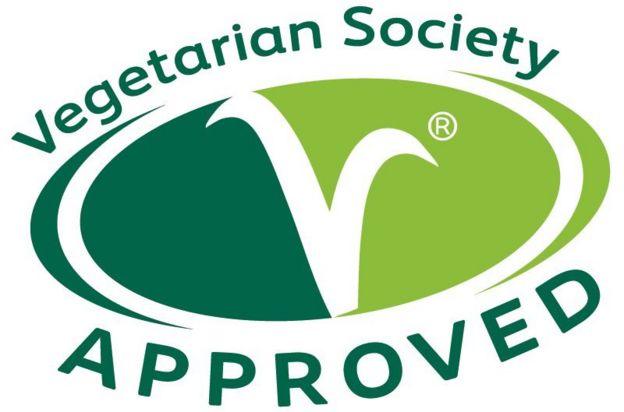 The reason it has carried on, he says, is the pressure to turn over beers in the shortest time possible.

“Particularly in this day and age of ‘pubcos’, people want to get the beers on as quickly as possible, and isinglass is a shortcut to help them,” he said.

It is not just ethical concerns driving the increase. Mr Protz – himself a vegetarian for more than 25 years – points to increasing customer knowledge of different beer styles, such as German wheat beers, that are naturally cloudy, meaning British drinkers no longer naturally fear the worst when served a less-than transparent pint.

Mr Protz is encouraging more breweries to follow the lead of Guinness, which announced last year it would stop using isinglass in its products.

Unsurprisingly, the practice is enthusiastically backed by the Vegetarian Society.

However, with greater consumer awareness about the provenance of food and drink and a number of breweries signing up to earn the society’s approved trademark, he hopes the situation will improve.

“The use of isinglass in drinks production is a major frustration for vegetarian beer lovers as there are very few obvious ways to identify whether or not it has been used,” he said.

“Personally, there’s nothing I like more than savouring a cool pint of real ale on a lazy Saturday afternoon, so if Camra can help encourage breweries to make more beers suitable for more people, that’s a brilliant thing.” 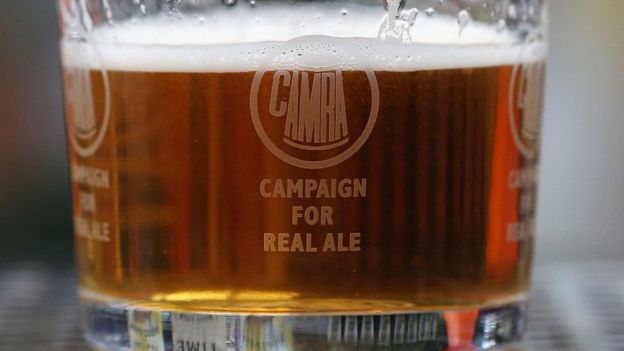 Camra’s Roger Protz says more breweries should move away from using isinglass, to give vegans and vegetarians more choice at the bar

Where once brewers skipping on finings was very much swimming against the tide, could we be looking at a situation where a flocculated beer filled to the gills with isinglass is a thing of the past?

“People are moving away from the idea beer needs to be clear.

“All of the people who have brought back beer to our bar thinking it was off have had it explained to them, and once they were told about it they realised the beer was fine.

“Some people do tell me they drink with their eyes, and if they want a clear beer with finings then that’s up to them, but nobody has left my bar unsatisfied.”

“I think that the pressure is on,” he said.

“Even if you’re not a vegetarian you must wonder why on earth are people putting fish bladders in beer?”