How to Vegan DISCOVER THE ART OF PUBLISHING
Home Animals Texas man shoots armadillo, bullet ricochets back into his face 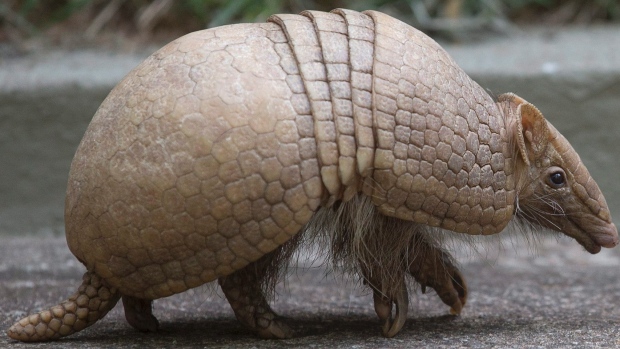 A Texas man was wounded after he fired a gun at an armadillo in his yard and the bullet ricocheted back to hit him in his face, the county sheriff said Friday. Cass County Sheriff Larry Rowe said the man, who was not identified, went outside his home in Marietta, Texas, at around 3 a.m. local time Thursday morning. He spotted the armadillo on his property and opened fire.

“His wife was in the house. He went outside and took his .38 revolver and shot three times at the armadillo,” Rowe said.

The animal’s hard shell deflected at least one of three bullets, which then struck the man’s jaw, he said.

The man was airlifted to a nearby hospital, where his jaw was wired shut, according to Rowe.

The status of the animal is unknown.

“We didn’t find the armadillo,” the sheriff said.

To encourage thoughtful and respectful conversations, first and last names will appear with each submission to CBC/Radio-Canada’s online communities (except in children and youth-oriented communities). Pseudonyms will no longer be permitted.

By submitting a comment, you accept that CBC has the right to reproduce and publish that comment in whole or in part, in any manner CBC chooses. Please note that CBC does not endorse the opinions expressed in comments. Comments on this story are moderated according to our Submission Guidelines. Comments are welcome while open. We reserve the right to close comments at any time.