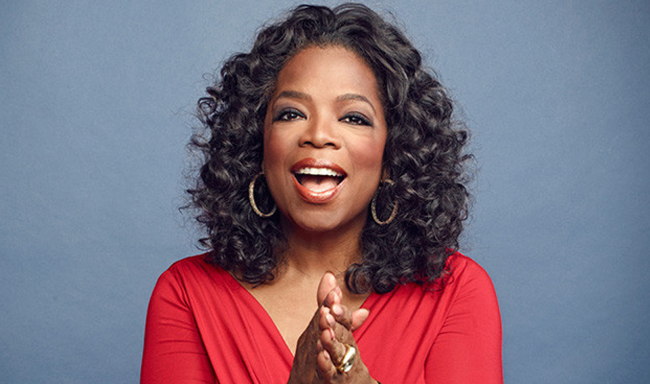 After interviewing HSUS President Wayne Pacelle, Winfrey pledged to go meat-free on Mondays and asked her huge fanbase to do the same.
President of The Humane Society of the United States Wayne Pacelle appeared on Oprah Winfrey’s show Super Soul Sunday this past weekend to discuss the connection of humans to animals.

Winfrey credited Pacelle’s new book The Humane Economy: How Innovators and Enlightened Consumers Are Transforming the Lives of Animals for raising her awareness about the connection between animal suffering and human consumption. Pacelle discussed the “schizophrenic” relationship we have with animals, proclaiming to love them while continuing to exploit them for food, fashion, and entertainment.

“We are in a moment—are we not?—where there is an awakening to a new way of bringing consciousness to how we treat animals around us,” Winfrey said. “Listen,” Pacelle answered, “we were asleep with our treatment of animals,” adding, “I think in the last five to 10 years, we’ve started to wake up.”

Pacelle offered Winfrey advice on what small things people could do to have an impact on the lives of animals, telling her to go meatless on Mondays. After the show, Winfrey took to Twitter and urged her 33.5 million followers to go meat-free.

Previous articlePumpkin-Walnut Gingerbread with Spiced Buttercream Frosting (vegan)
Next articleBlind Man and His Armless Best Friend Have Planted Over 10,000 Trees in China