How to Vegan DISCOVER THE ART OF PUBLISHING
Home News (Must Read) Vegan Options Up 633%!

With this type of news making headlines every day, claims such as these should soon find their death.  And Germany surely is one of the countries to contribute to that! Just last week there was a report on a new vegan restaurant in Berlin being so popular police had to shut it down, and now – according to a new Mintel report, vegetarian and vegan food offerings in Germany have increased by 633 percent, sevenfold what it was just five years ago.

In 2011 only 2 percent of all food on the market was labeled vegan or vegetarian, but fast-forward five years and it’s up to 12 percent. 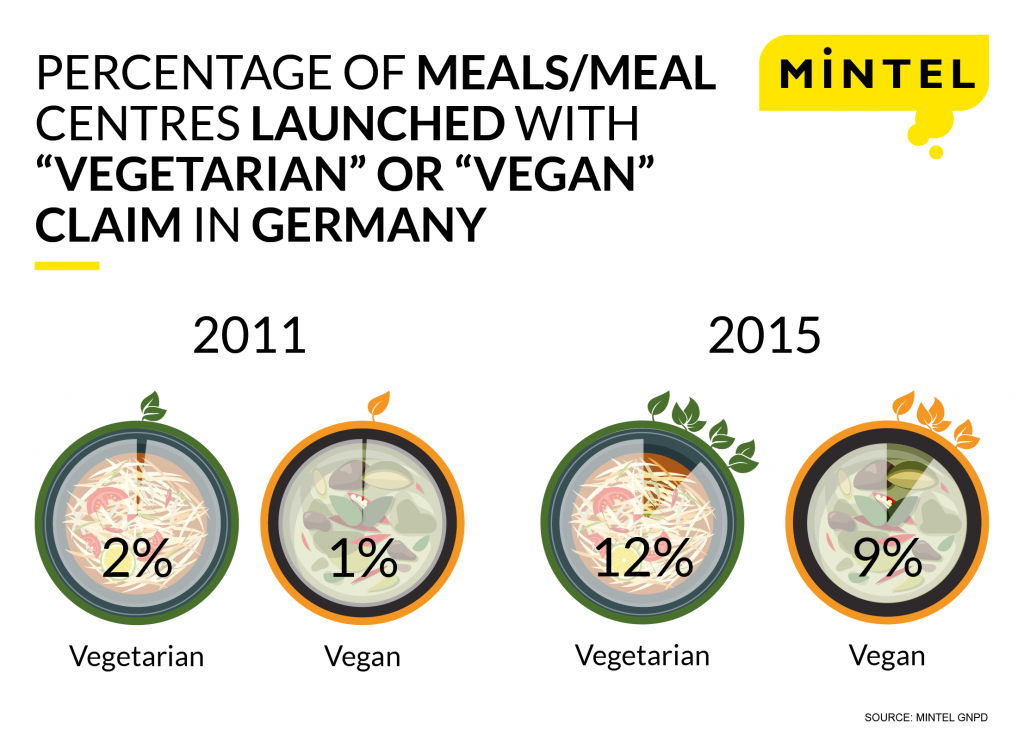 Prior to 2014, the share of launches with plant proteins appeared stagnant, whereas innovation activity has increased dramatically over the last two years. In fact, the share of meal and meal centres containing plant-based protein climbed from 9% in 2013 to 23% in 2015, according to Mintel’s Global New Products Database (GNPD).

“Meat substitutes are increasingly spreading across various segments of the German meals and meal centres category, from prepared meals to pizzas and salads, recreating meat-based recipes. From spaghetti bolognese and paella to chilli con carne, recent launches of vegetarian and vegan prepared meals feature an unprecedented variety of ’meaty’ recipes and flavours. The growing use of plant-based meat substitutes in meals and meal centres highlights how foods that were once considered as inferior alternatives to non-vegetarian and non-vegan options are now becoming legitimate contenders for the attention of every day consumers.”

“Driven by increasing concerns about health, the environment and ethics, plant-based diets have never been as popular in Germany as they are today. Not only is there a steady rise in the numbers of committed vegetarians and vegans, but also a growing number of consumers who are actively reducing their meat consumption in favour of so-called flexitarian diets.”