How to Vegan DISCOVER THE ART OF PUBLISHING
Home other Move Over McDonald’s, The Future Of Fast Food Is Vegan 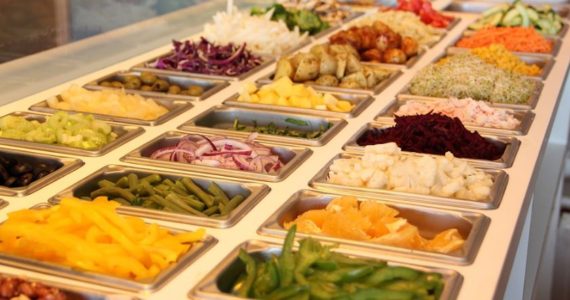 The shift towards a healthier and more mindful way of eating is well underway. In the past 10 years the amount of animals killed for human consumption was decreased by half a billion as the world has begun to wake up to the benefits of a meat-free lifestyle. Once a trendy fad, veganism is now one of the most up and coming diets, but it is more than that, it’s a lifestyle.

One of the sweetest ironies for the vegan movement has come in the form of a vegan restaurant being housed on the site of what was once a Burger King, the old really has been replaced with the new.

Plant Power Fast Food has taken up home in the place of what used to be a temple of meat, in Encinitas, California. It is the companies second restaurant after celebrating success with their flagship store that opened 18 months previously.

The creators of Plant Power Fast Food Jeffrey Harris, Zach Vouga and Mitch Wallis say they began their venture to make people realize that vegan food is not bland and tasteless, like many people often think.

When it was a fairly new and unexplored area of cuisine just a few years ago, vegan food was certainly less tasty than it is today, but so much has changed since then, many of the vegan foods available today are so delicious that even mean eaters often say they prefer it over ‘regular’ food.

“The fast-food industry has successfully answered a need by providing a convenient way to get our meals on the go while at the same time delivering a consistent taste experience. The downside is that, by and large, this type of food isn’t very good for you,”

“Our goal has been to inspire people to begin to ask themselves some important questions about where our food comes from and perhaps to begin to think differently about their choices. But we’re not doing it in a way that’s preachy or confrontational.”