How to Vegan DISCOVER THE ART OF PUBLISHING
Home other Millions of lives would be saved if everyone switched to a vegan diet, study shows 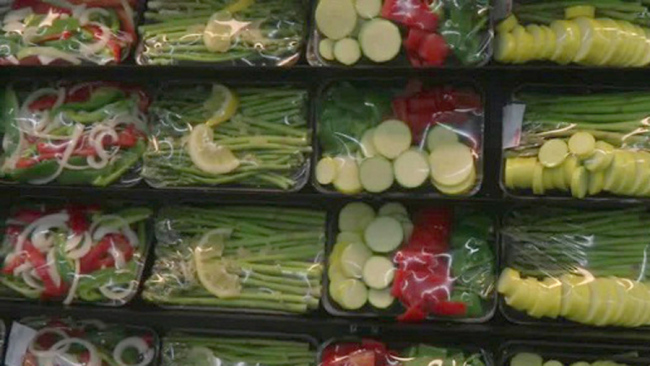 (WCMH)–Researchers say the world could prevent millions of deaths per year by 2050 and cut harmful emissions–if everyone starts eating a vegan diet. In a study out of Oxford University, researchers say they found people will also cut planet-warming emissions substantially and save billions of dollars annually in healthcare costs and climate damage if they cut animal products out of their diet. “We do not expect everybody to become vegan,” said lead author Marco Springmann of the Oxford Martin Program on the Future of Food to NBC News.

The study was published in the Proceedings of the National Academy of Sciences, and is the first to estimate both the health and climate change impacts of a worldwide shift towards a more plant-based diet.

“What we eat greatly influences our personal health and the global environment,” Springmann said to NBC News.

The Oxford University researchers looked at four different diets and how they may change the global landscape by 2050: a “normal” scenario; one that follows global guidelines including minimum amounts of fruits and vegetables and limits on red meat, sugar and total calories; a vegetarian diet; and a vegan diet.

Adopting a diet in line with the global guidelines could avert 5.1 million deaths per year by 2050, the study said. And, 8.1 million fewer people would die in a world of people who do not consume animal products, including eggs and milk.

The study said following the global dietary guidelines would cut food-related emissions by 29 percent. Adopting vegetarian diets would cut them by 63 percent, and vegan diets by 70 percent.