How to Vegan DISCOVER THE ART OF PUBLISHING
Home other Got Almond Milk? Dairy Farms Protest Milk Label on Nondairy Drinks

Not according to the dairy industry. Facing growing competition from dairy alternatives like almond, soy and coconut milk, the nation’s dairy farmers are fighting back, with an assist from Congress. Their goal: to stop companies from calling their plant-based products yogurt, milk or cheese. Dairy farmers say the practice misleads consumers into thinking that nondairy milk is nutritionally similar to cow’s milk.

A bipartisan group of 32 members of Congress is asking the Food and Drug Administration to crack down on companies that call plant-based beverages “milk.” They say F.D.A. regulations define milk as a “lacteal secretion” obtained by milking “one or more healthy cows.” Proposed legislation from Representative Peter Welch, Democrat of Vermont, and Senator Tammy Baldwin, Democrat of Wisconsin, a state known for its cheese, suggests a slightly broader definition. Their bill would require the F.D.A. to target milk, yogurt and cheese products that do not contain milk from “hooved mammals.”

“The bottom line for us is that milk is defined by the F.D.A., and we’re saying to the F.D.A.: Enforce your definition,” Mr. Welch said.

But critics say consumers know exactly what they are buying when they choose almond or soy milk instead of dairy milk. “There’s no cow on any of these containers of almond milk or soy milk,” said Michele Simon, executive director of the Plant Based Foods Association, a trade group representing 70 companies. “No one is trying to fool consumers. All they’re trying to do is create a better alternative for people who are looking for that option.”

And what about other nondairy products with dairy names? Will milk of magnesia, cocoa butter, cream of wheat and peanut butter have to change their names as well?

In recent years, dairy milk alternatives made from almonds, soy, cashews and coconuts have exploded in popularity. Many people consider them more nutritious than cow’s milk. Some people buy them because they have a milk allergy or lactose intolerance. Others choose them for environmental reasons or because they want a vegan diet. And some just like the taste. 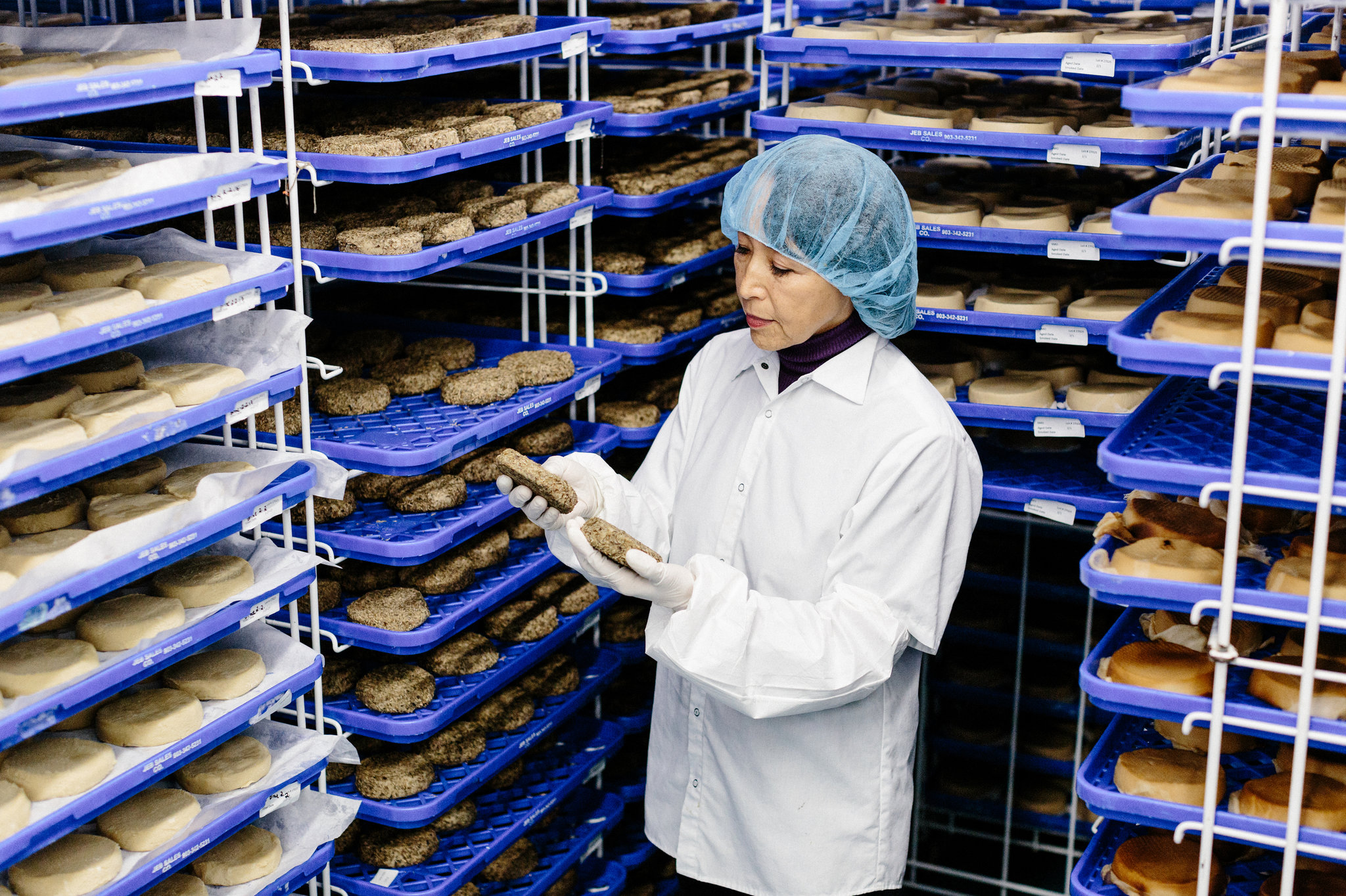 Cow’s milk was once one of America’s most iconic beverages. But Americans are drinking less of it. Americans drink 37 percent less milk today than they did in 1970, according to the Department of Agriculture. Dairy milk sales tumbled to $12 billion last year, down 20 percent from $15 billion in 2011. Part of the reason is that people switched to other beverages, such as soft drinks, fruit juices, bottled water and soy and almond milk. Mintel, a market research firm, found that negative health perceptions were driving the decline in sales of cow’s milk.

Plant-based milks, with brand names like Almond Breeze and Silk, are sold in the dairy aisle and still represent a fraction of the beverage market, but they are growing in popularity. According to Nielsen, sales of plant-based milks have surged to $1.4 billion from $900 million in 2012.

Much of the growth in plant-based milk has come from the rising popularity of almond milk. Last year, Starbucks, the world’s largest coffee chain, announced that it would begin offering almond milk to lighten its espresso drinks, to meet customer demand. The chain said it was one of the most-requested customer suggestions of all time.

Experts say sales of almond milk are surging for a number of reasons. The dairy industry has come under fire over concerns about animal welfare and the environmental impact of livestock, which contributes to air and water pollution. Almond production has an environmental impact as well: Most of the world’s almonds come from drought-stricken California, where farmers have been accused of diverting dwindling groundwater reserves to their almond orchards, and producing just 16 almonds requires an estimated 15.3 gallons of water. But ultimately the environmental impact of producing cow’s milk in areas where almonds are grown would be far worse, said David Zetland, an assistant professor of economics at Leiden University College in the Netherlands and the author of “Living With Water Scarcity.”

Many consumers also consider almond milk a healthier alternative to cow’s milk. The dairy industry says that’s not true. They point out that milk has nine essential nutrients that are necessary for good health, like calcium, vitamin D, vitamin B12 and potassium. The industry has also created ads claiming that milk has up to eight times as much protein as almond milk and fewer ingredients and additives. Some brands of soy and almond milk do contain large amounts of added sugar. But they also come in unsweetened varieties with zero sugar, and some are fortified with calcium, B12 and other nutrients.

There is also debate over the nutritional merits of cow’s milk. In 2013, for example, two of the country’s top nutrition experts, Walter Willett and David Ludwig, both at Harvard, published an editorial in JAMA Pediatrics arguing that healthy adults who get plenty of vegetables, nuts and protein in their diets may not get any extra benefit from cow’s milk. They also raised concerns about exposure to hormones in milk and high levels of added sugar in the chocolate milk served in many schools.

As the dairy industry continues to press its case, producers of nondairy milks are fighting back. The Plant Based Foods Association sent letters to the F.D.A. stating that plant-based milks were properly labeled with their “common or usual” names. A petition from the Good Food Institute opposing the dairy labeling legislation has garnered more than 41,000 signatures. 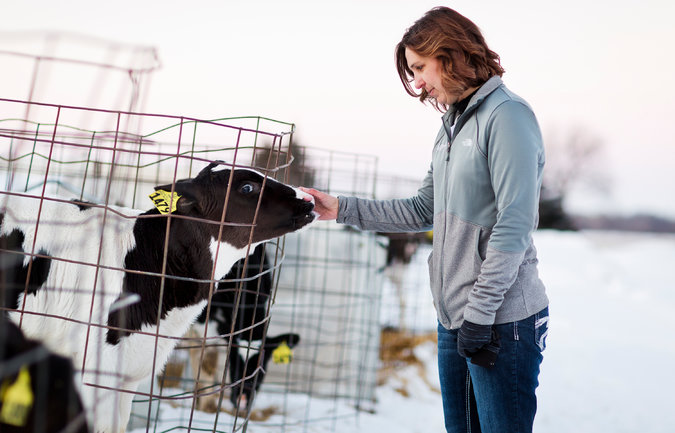 Janet Clark, with a calf at her family’s dairy farm, Vision Aire Farms in Wisconsin, was one of the farmers who asked Senator Tammy Baldwin to restrict the use of the word milk outside the dairy industry.CreditBen Brewer for The New York Times

“Don’t they have better things to do than to care about what a product is called?” asked Miyoko Schinner, the chief executive of Miyoko’s Kitchen, which sells popular nut-based cheeses and butters at almost 2,000 stores nationwide. “The only reason they would care is because they’re protecting their special interests.”

Marsha Cohen, an expert on food and drug law at the University of California, Hastings College of the Law, said that the dairy industry faces an uphill battle. She said the government’s definitions for milk and other foods — known as “standards of identity” — are intended primarily to protect consumers from financial harm, such as being duped into buying cheap or imitation foods masquerading as more expensive ones. She noted that the F.D.A. recently allowed the company Hampton Creek to call its vegan mayonnaise substitute “Just Mayo,” even though the F.D.A.’s legal definition of mayonnaise states that the condiment must contain eggs.

The debate over what can and can’t be called milk already has played out in courts, with judges so far siding with the plant-based milk industry. In 2013, Judge Samuel Conti of Federal District Court in San Francisco, dismissed a proposed class-action lawsuit that claimed that almond, coconut and soy milk were mislabeled because they do not come from cows. Judge Conti said the claim “stretches the bounds of credulity,” and that it was “simply implausible that a reasonable consumer would mistake a product like soy milk or almond milk with dairy milk from a cow.” He said the lawsuit was reminiscent of an earlier case in which a woman claimed she was misled by Cap’n Crunch’s Crunch Berries cereal because she thought it contained real fruit (that case was thrown out).

In another lawsuit in 2015, another Federal District Court judge in California, Vince Chhabria, rejected a similar claim that consumers could be misled into thinking that soy milk and cow’s milk were nutritionally equivalent.

One place the dairy industry has always found support is in Washington. The industry has spent millions of dollars lobbying the federal government, which strongly encourages Americans to drink plenty of milk. The government’s dietary guidelines recommend that Americans consume up to three cups of low-fat milk or dairy products each day, saying it contains many essential nutrients such as protein, calcium, vitamin D and potassium.

Senator Baldwin of Wisconsin said that one of the reasons she introduced the Dairy Pride Act was that her dairy-farmer constituents wrote to her with their concerns. Among those was Janet Clark, a third-generation dairy farmer who runs Vision Aire Farms about 80 miles north of Milwaukee. Ms. Clark said that she and her family have struggled as milk prices have slumped and the costs of operating their farm have risen. She says that plant-based products are unfairly profiting from the name and reputation of cow’s milk.