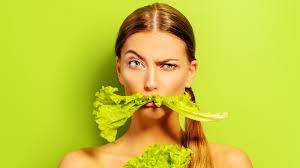 Flaxseed eggs, sources of protein and cruelty-free makeup – veganism even made its way onto Newsnight last week. But what people tend to forget is, that behind all of this talk the movement is about animal rights. Go Vegan World, the world’s largest public awareness campaign around animal rights issues is already successfully bringing veganism to the mainstream. You may have seen Go Vegan World’s thought-provoking billboards and posters plastered across UK cities and along the M6.

With slogans like ‘defenceless and innocent yet we eat her’ the ads were designed to shock.

The campaign has received criticism for being disturbing, but I think if people can’t face a simple statement they are unlikely to be able to face what actually happens in farms and factories.

The campaign aims to create an understanding of animal rights and the truths within all animal agriculture.