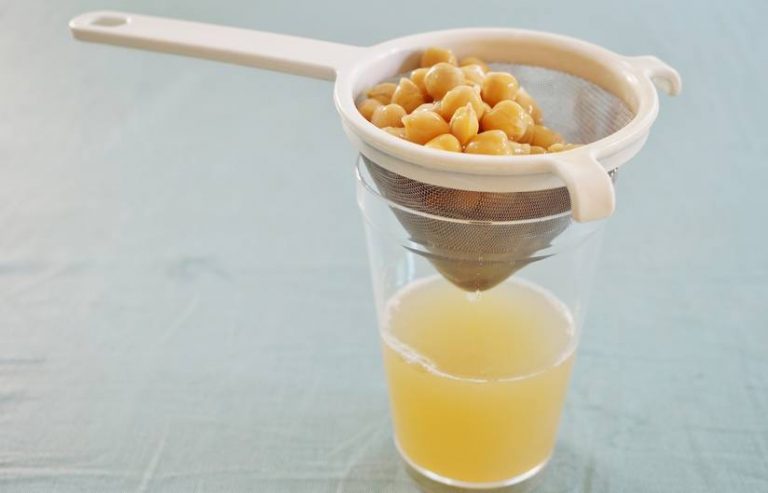 Here’s a reason for vegans to celebrate! In this post from BrowBeat, we will take a look at a discovery that vegans surely love. Looks like the search for the perfect egg white replacement is over! Read on and learn more!

As a vegan, I’m happy with the commercially available substitutes for most animal products. With so many dairy-free options for ice cream and cheese, who needs milk? Replacing eggs, on the other hand—a critical ingredient for baking—has always been a challenge. I’ve experimented with flax meal to varying results, added extra oil to compensate for missing eggs, even tried Ener-G Egg Replacer. But none of these fixes emulates the unmistakably fluffy texture of beaten egg whites, the foundation for meringues and angel food cake. A substitute for whipped egg whites has always been a vegan holy grail.

Until now. Thanks to French chef Joël Roessel, I no longer need to pine hopelessly for the meringues of my youth, because I have chickpea brine.

Yes, the dregs you usually pour down the drain when you open a can of chickpeas are actually magical. When whipped, this substance takes on an uncannily egg-white-like texture. Coined aquafaba, or Latin-ish for bean liquid, by vegan baker Goose Wohlt, it’s attracted more than 11,000 members to the Facebook group “Vegan Meringue – Hits and Misses!” I’ve been hooked on this Facebook feed for the past two weeks, amazed by all the miraculous things other vegans have done with the chickpea-based foam, like bake beautiful cakes and create delicious-looking pasta.

As the name of the Facebook group suggests, the most mind-blowing feat of aquafaba is the meringue. Anyone who’s baked the French delicacy knows that it’s made of two simple ingredients: egg whites and sugar. (Sometimes cream of tartar or lemon juice is added to stabilize the foam.) If you take aquafaba and treat it the way you would egg whites—just follow Devo’s instructions—it acquires a fluffy white consistency that looks and tastes exactly like egg whites.

Aquafaba devotees argue over why exactly chickpea cooking liquid can take on the properties of egg whites when whipped, without consensus. “Until a formal chemical and nutritional analysis is released publicly, the group is left to hypothesize about mechanisms of action and composition,” according to Aquafaba.com. (For the record, all donations made to Aquafaba.com “go towards aquafaba chemical analysis,” the greatest scientific mystery of our time.) But once you start baking with aquafaba, you won’t care how it works—you’ll just want to keep making it. These days, every third post in the Facebook group is about what to do with all those leftover chickpeas.

1. Heat the oven to 250°F and line one or more baking sheets with parchment paper. Pour the chickpea liquid (aquafaba) into the bowl of a stand mixer and beat with the whisk attachment until stiff peaks form, about 15 minutes. Gradually beat in the sugar, then the vanilla.

2. Scoop or pipe the aquafaba mixture into mounds onto the baking sheet(s) and bake for 90 minutes. (The meringues will be hard to the touch.) Let meringues cool on the baking sheet for 10 minutes, then serve. (Meringues can be stored in an airtight container for up to three days.)