How to Vegan DISCOVER THE ART OF PUBLISHING
Home other Beer Company Develops Edible Six-Pack Rings That Feed, Rather Than Kill, Marine Life

A craft beer company and an ad agency brewed up a brilliant idea to save marine life if six-pack rings end up in the ocean. Are you aware that 80% of the plastic humans throw away ends up in the oceans? The sad reality is made worse when one learns that, as a result, billions of pounds of plastic are now swirling in convergences in the seas. In fact, 40% of earth’s total ocean mass is now covered by plastic.

According to Greenpeace, approximately 70% of Seabirds and 80% of Sea Turtles are now ingesting plastic. As a result,1,000,000 birds and 100,000 marine mammals and sea turtles are dying each year.

One of the major contributors to this epidemic are the seemingly harmless six-pack rings found around cans of soda and beer. Because the rings have little value, consumers nonchalantly throw them into the trash without any regard for marine life. Now, 99% of seabirds are expected to have plastic in their guts by the year 2050. This is unacceptable, and a Florida-based brewery agrees.

In partnership with We Believers ad agency, the Saltwater Brewery in Delray conjured the brilliant idea to create edible six-pack rings that feed, rather than kill, marine life to offset the damage being done by plastic pollution. 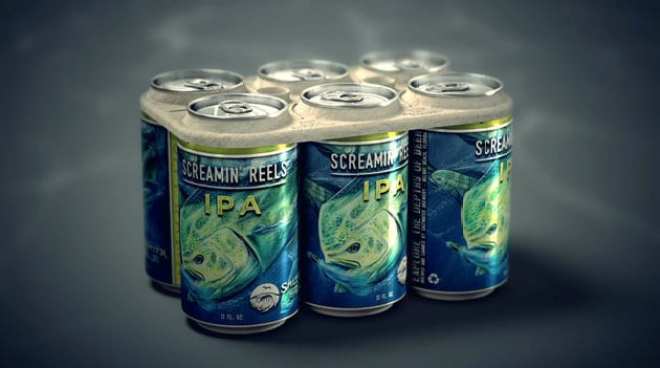 The rings are created from beer by-products during the brewing process, such as barley and wheat, and are completely safe for humans and fish to eat. In addition, the invention is 100% biodegradable and compostable.

Considering that Americans drank 6.3 billion gallons of beer in 2015, and 50% of that volume was from cans, this impressive invention will have huge implications for the environment. 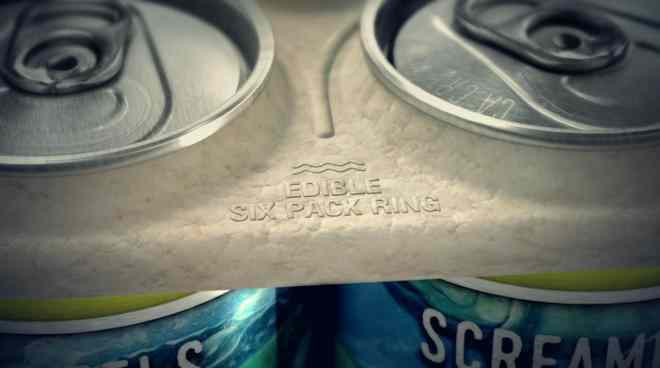 The craft beer company says that the innovative design is as resistant and efficient as plastic packaging. Though, one major drawback is that they are more expensive than plastic rings.

The company believes, however, that when consumers are made aware of the horrific consequences of using plastic six-pack rings, they’ll be more than happy to pay a little extra to preserve the Earth for future generations. 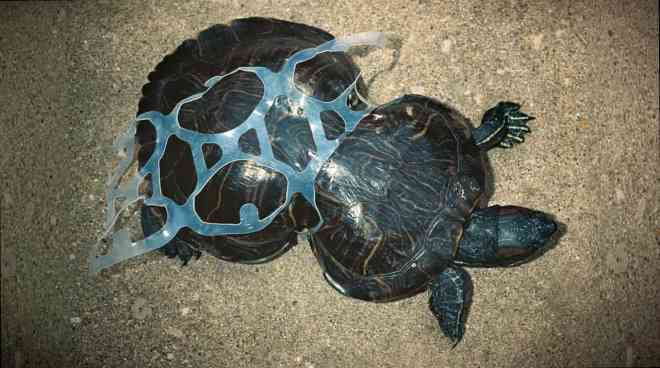 “It’s a big investment for a small brewery created by fisherman, surfers and people that love the sea.”

The brand also believes that if more breweries opt to use the edible rings, prices may go down. 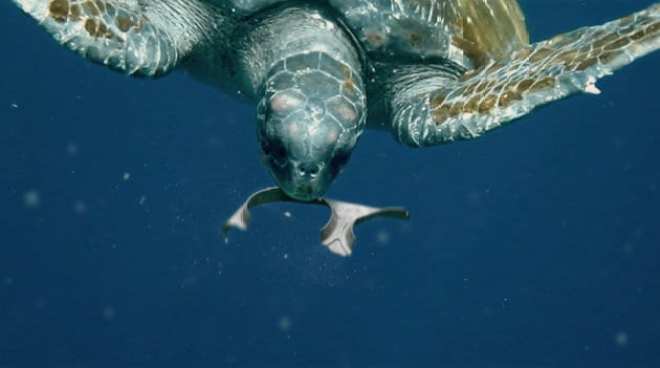 At present, the brewery is in the process of patenting together with a small startup of young engineers in Mexico. The social entrepreneurs believe that edible six-pack rings will have a huge impact on the CPG and Food and Beverage Industries. Of course, their number one goal is to save thousands of marine lives.

Would you be willing to pay a little extra to help ocean life? Please comment below and share this news!

This article (Beer Company Develops Edible Six-Pack Rings That Feed, Rather Than Kill, Marine Life) is free and open source. You have permission to republish this article under a Creative Commons license with attribution to the author and TrueActivist.com