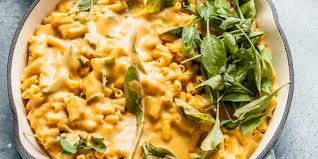 The idea of mac and cheese without the cheese is hard to wrap your head around. The cheese is pretty much the whole point of the dish, or so most people think. And then, with one bite of vegan mac and cheese, the need for dairy goes out the window. Vegans know how to make really great cheese substitutes ― a taste of vegan “parm” is proof of that. And when it comes to mac and cheese, they don’t disappoint. It is some truly delicious stuff. It’s creamy, it’s hearty and it even tastes cheese-y.

Try it, and you’ll soon be converted.