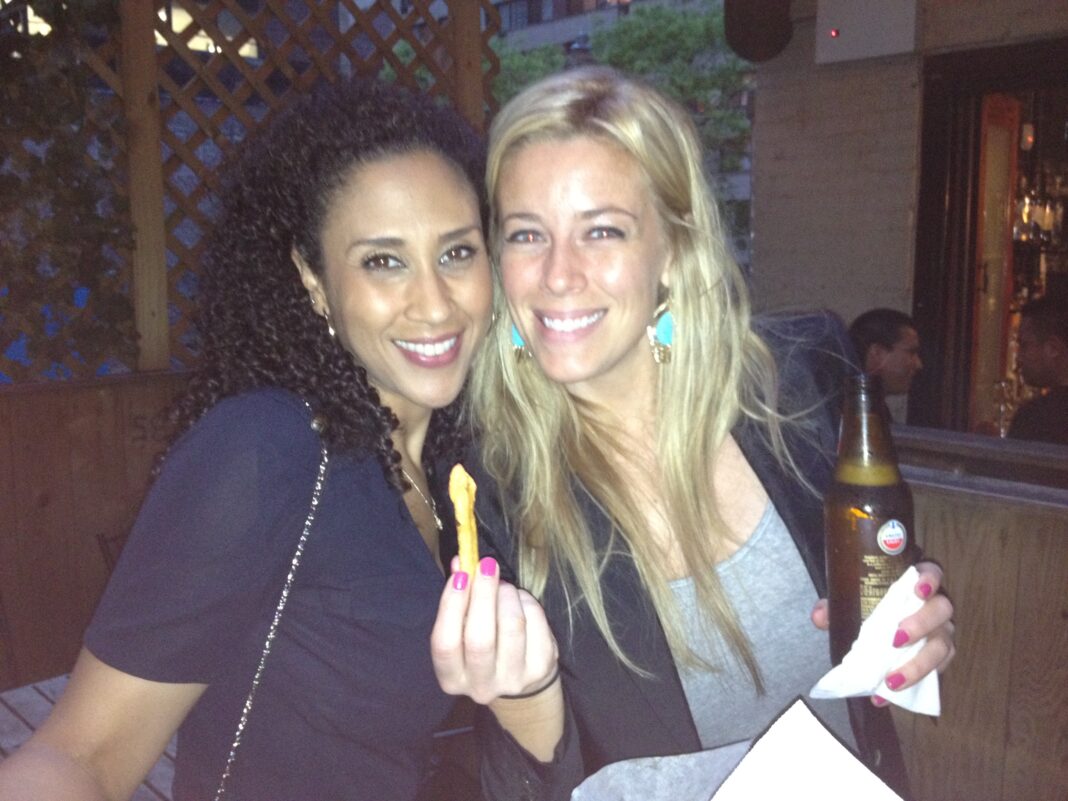 Everything changed after I had my children. Yes, in all the ‘no more sleeping in, no cursing, go to bed at 10:00pm kind of ways, but I also started to feel a bit of panic about my health.

Now, I needed to be healthy. I had kids relying on me! All of a sudden being healthy, not just skinny, was the priority.

I started running to build up my cardiovascular health (what if I had to run somewhere to rescue my child?!), and started juicing at home. I made an effort to move towards whole foods, and dabbled with vegan recipes, but I wasn’t committed to any long-term changes. I was already vegetarian and I thought going vegan would just be torture.

It wasn’t until December of 2012 when my friend casually asked me if I wanted to go Vegan with her in January…just for 30 days.

Here was a chance to try being vegan without having to really commit. A test-drive with no promises to buy! Even still, I thought, I know exactly what is going to happen here. I am going to crave cheese and eggs the whole time, and then have some crazy binge when the month is over. But…I was game.

On January 1st of 2012, I started my vegan experiment. It was actually kind of fun! I’m a girl who likes a challenge, and it was like the ultimate game! Looking at labels to find the bread that was vegan. Figuring out what to use instead of butter. Trying all the non-dairy milks to find my favorite. It was like a whole new world of food opened up to me!

By the end of the month, I didn’t feel the need to stop. In fact, I felt encouraged to continue. I began weeding out the ‘good’ vegan products from the ‘gross’, and then realized I was still eating a lot of processed foods. I also pondered another dilemma. As a stay at home mom, I prepared 2-3 meals on a daily basis for my family, who were not vegan. Could I still make meals everyone was happy to eat if they were vegan dishes? This dilemma was what led me to attend the Natural Gourmet Institute.

Months after ‘the experiment’ was over, I found that I still wasn’t missing out on the old stuff I used to love.  And my time at NGI provided me with the knowledge and tools to make new food I love. Not only was I thrilled at the future of food I saw ahead of me, but I was excited to share this new world of whole grain and plant based cooking with my family and friends. So here we are!

For me the result was that  7 years later I’m still vegan and don’t ever want to go back!

The friend who got me to go vegan….she still eats meat. The quality of her food is always a top priority though.

The point is, if your interested, try it out. Go vegan (whole foods not junky vegan) for a month,  a week, or even 1 day a week. You will be eating more whole grains and plants and chances are you may not even want to return to your old ways.

What have you got to lose? Except for some bad habits.