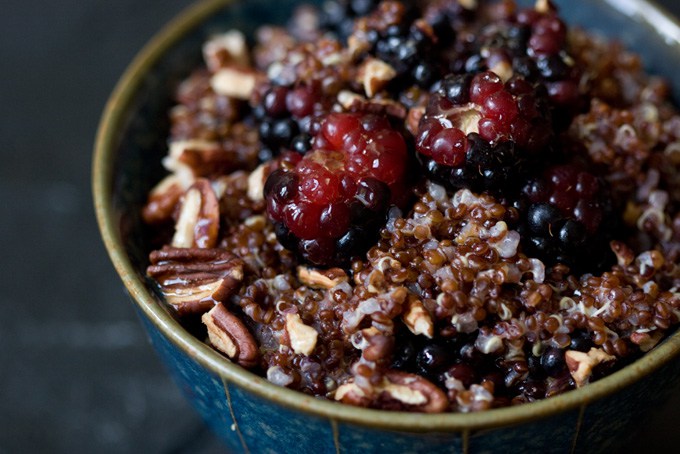 If you’re vegan that you’ve probably received that look at least once. You know, the one of pure bafflement as someone looks at you and asks, ‘But where do you get your protein from?’ It’s a frustrating process trying to explain the many ways in which a vegan can get protein into their diet without the consumption of meat, but by then people have already made up their minds that you’ll be deficient in protein and become severely ill by living as a vegan.

How wrong people can be! Being vegan means that you’re probably putting so much more goodness into your body. For years now, we’ve had the ‘meat is the only protein’ myth shoved down our throats but very slowly, people are starting to learn that while protein is certainly an essential nutrient which plays many key roles in the way our bodies function, we don’t actually need huge quantities of it. Only about one calorie out of every 10 we take in needs to come from protein. Vegan athletes, especially in the early stages of training, may have higher protein needs than vegans who exercise moderately or who are not active, but even in those cases, protein supplements aren’t needed to get a decent protein intake.

Here 21 great high protein vegan recipes for all three meals of the day, allowing any vegan to stay as fit as a fiddle whilst following a healthy, cruelty-free diet.

2. Chickpea Nuggets by The Kitchn

8. BBQ Chickpea Salad by It Doesn’t Taste like Chicken

12. Chickpea, Tofu and Eggplant Curry by The Endless Meal

20. Chickpea, Mango, and Curried Cauliflower Salad by Cooking and Beer