When simply getting out the door without mismatched shoes is considered a feat during chaotic weekdays, whipping up a satisfying morning meal seems like a long shot. And while meat eaters—and even vegetarians—can grab a decently healthy breakfast sandwich en route to work, it’s often slim pickings for vegans. Not anymore: Check out these 19 meat- and dairy-free recipes you can make at home in 15 minutes or less; some are even portable! 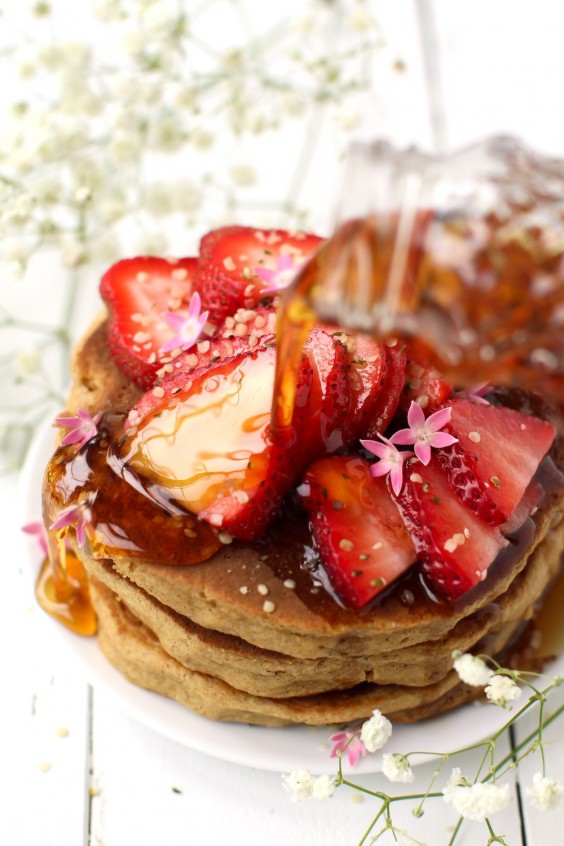 Photo: Feasting on FruitWhen pancakes can be ready in 15 minutes, there’s no reason they should be reserved just for weekends! Use a blender to whip up the ingredients in a jiffy. Then top them with nut butter for some extra protein and healthy fat to keep you going all morning. 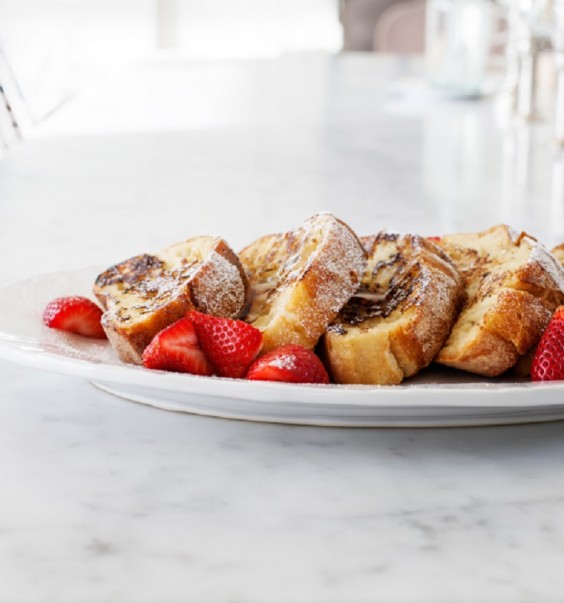 Thanks to a blend of flour and almond milk, vegan French toast can be a thing! Thick slices of day-old bread get soaked in the mixture then seared on a pan until that all-important crust forms. You may not even miss the egg! 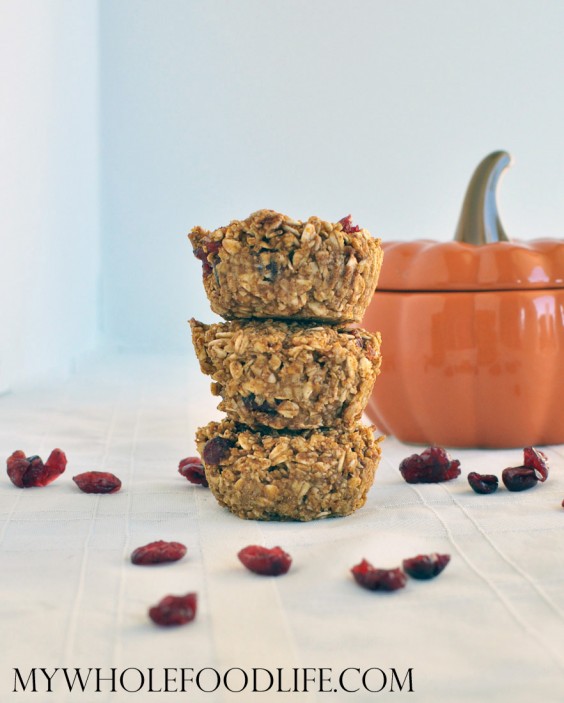 The canned pumpkin, cranberries, and warm spices make these wheat-less cups taste just like the holidays. But since they require just ten minutes in the oven, they make a tasty, gluten-free and portable breakfast any time of year. 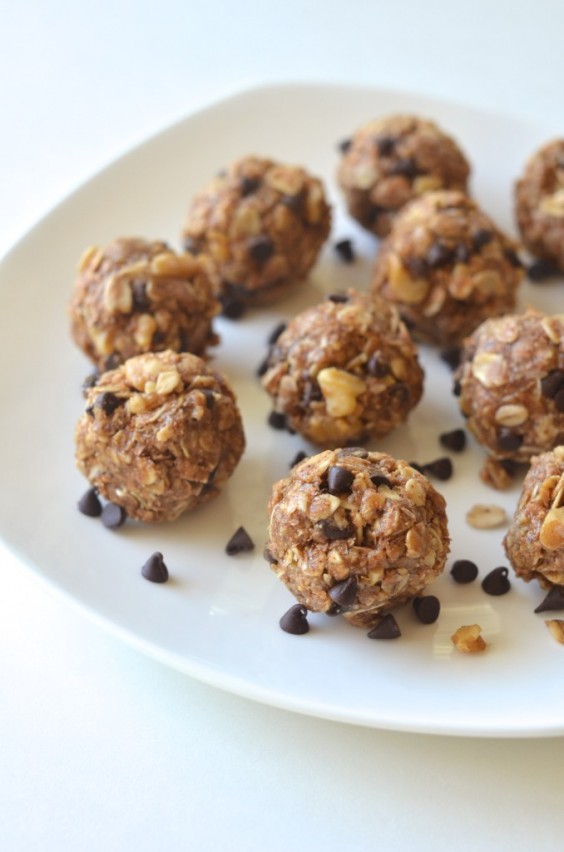 Photo: Apple of My Eye

Thanks to this blogger subbing out the butter and refined sugar for more nutritious ingredients like almond butter, wheat germ, and just a touch of honey, it’s perfectly acceptable to be eating cookie dough for breakfast. Grab a handful of these energy-rich morsels on your way out the door; they may be small, but they’re dense enough to fuel you for a while! 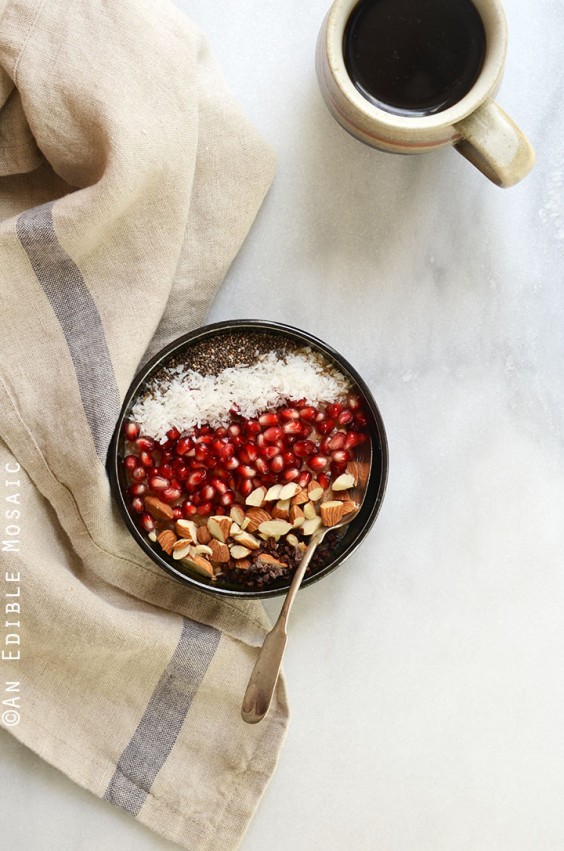 If you’ve got leftover cooked brown rice handy, this breakfast comes together in just ten minutes. Cook the grains over low heat until the almond milk thickens them up, and you’ve got a gluten-free, porridge style bowl ready for your favorite toppings! 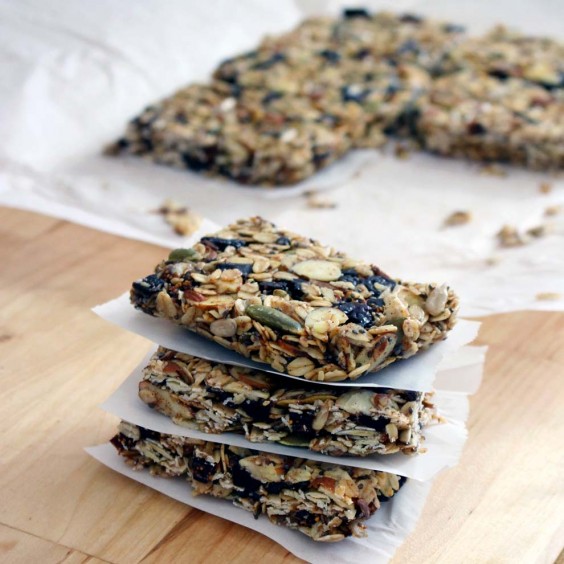 If you’re running short on time in the morning, these 10-minute, no-cook bars are a no-brainer. With just 1/4 cup of honey in the eight-serving recipe, they’re much lower in sugar than store-bought versions, while the nuts, seeds, and coconut oil give you plenty of healthy fat without any of the hydrogenated stuff that lurks in many packaged bars. 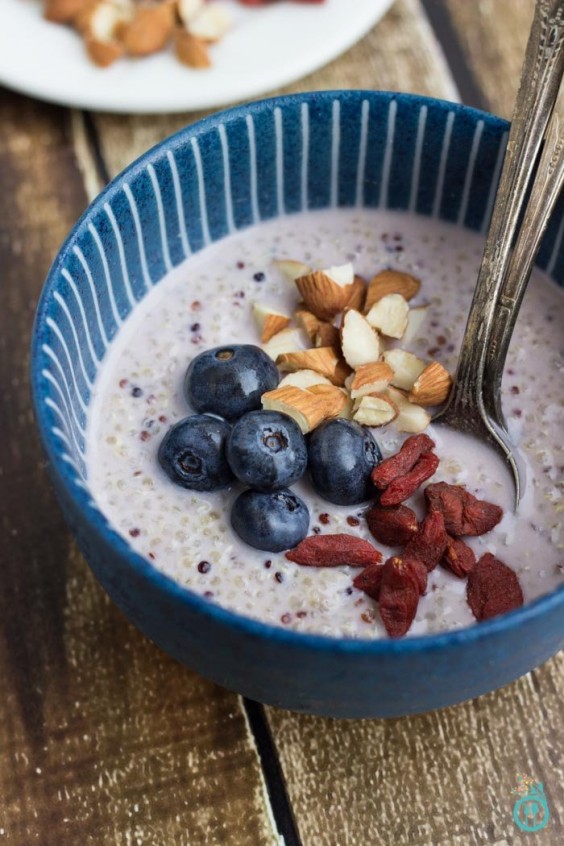 “Strawberry-infused” sounds like there’s fancy technique at play here, but it’s really just a matter of blending the fruit with some cashews and water for a smoothie-like result. Pour it onto cooked quinoa for a breakfast that’s much heartier than plain old milk and cereal. 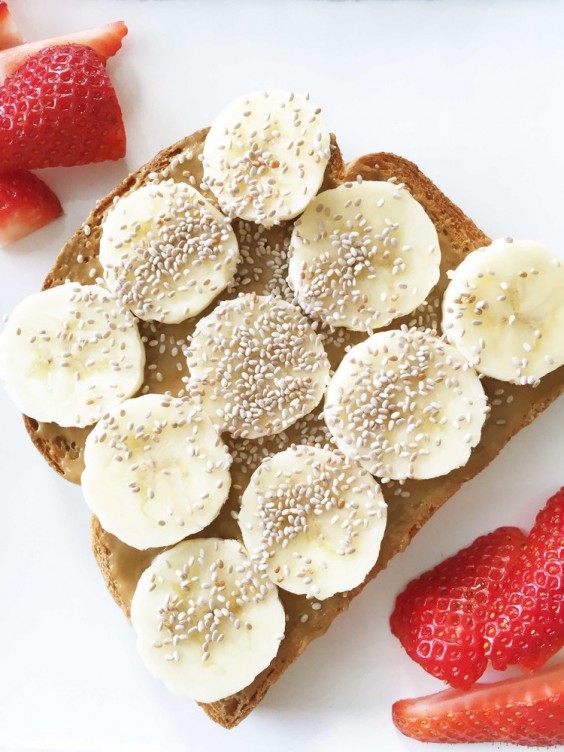 All right, this is hardly even a recipe. But it’s quick, vegan, healthy, and delicious, and you need to know about it. Just take your regular nut butter on toast to new and nutritious heights by slicing a banana on top and sprinkling the whole thing with heart-healthy chia seeds. Minimal effort, maximum benefits. 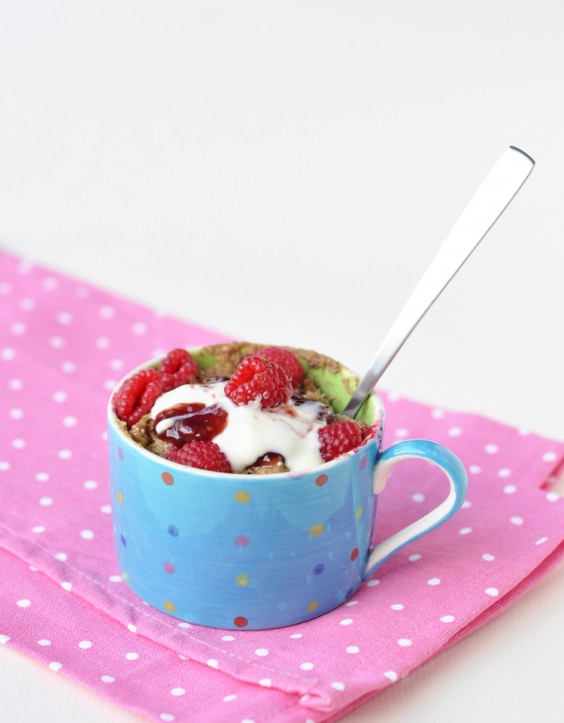 Breakfasts made in a mug are the ultimate quick-fix meal. This one goes vegan by using banana instead of an egg as its binder. The use of ground almond flour for healthy fat will leave you feeling full. 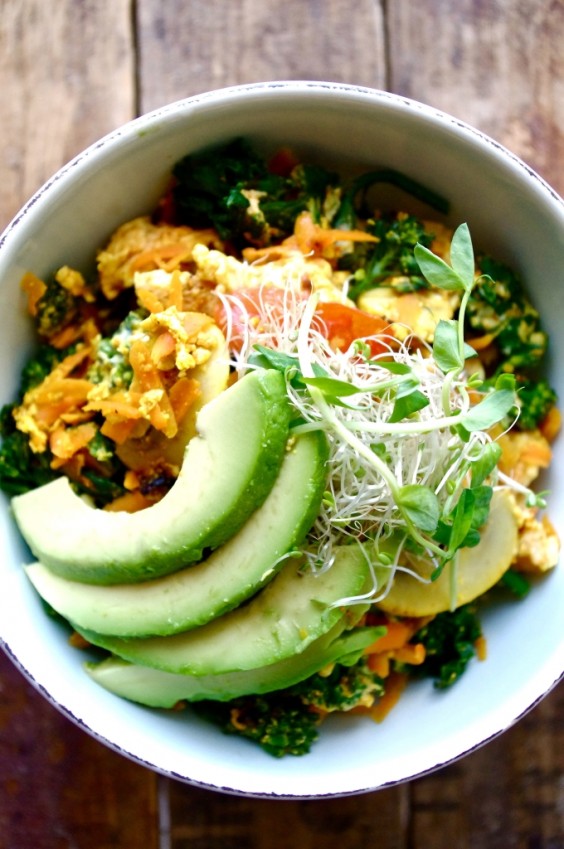 Photo: Nutritionist in the Kitch

So much goodness in a single bowl but it still only takes 15 minutes to throw together! Find tofu, a heap of veggies, avocado, and quinoa in here, all jazzed up with a handful of spices. Whoever thought eating vegan meant skimping on nutrition should meet this recipe. 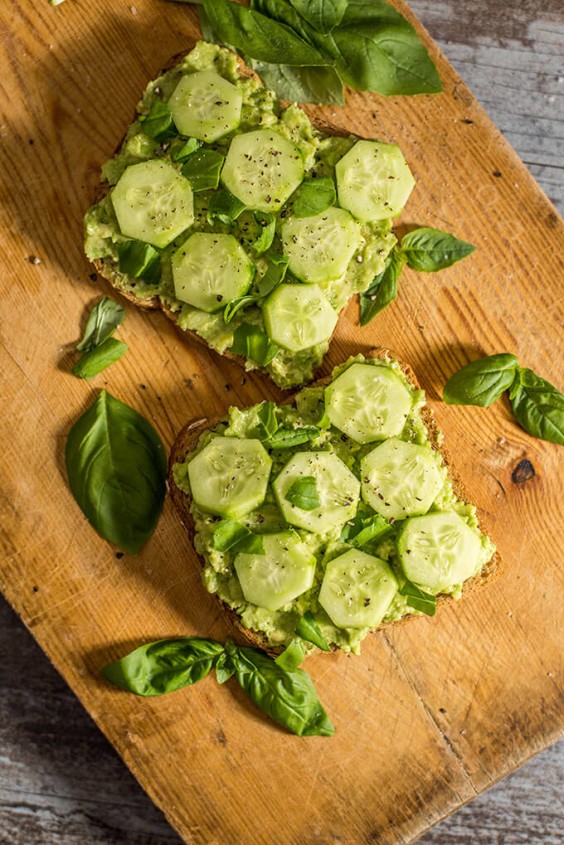 It isn’t a breakfast roundup without an avocado toast recipe! This one adds the refreshing crunch of cucumbers alongside the creamy, fiber-rich fruit. Enjoy it open-faced or turn it into a sandwich to eat on the go. 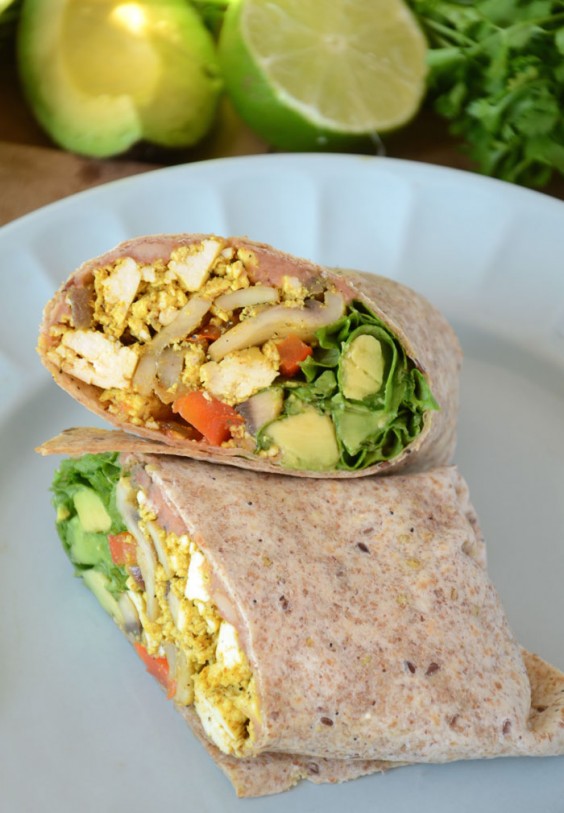 With scrambled tofu, refried beans (make sure you’re using a lard-free version to keep things vegan!), veggies, and all the fixin’s, you’ve got your protein, carb, healthy fat, and fiber all tucked inside a single tortilla. There’s no way you’ll be hungry after chowing down on one of these breakfast burritos. 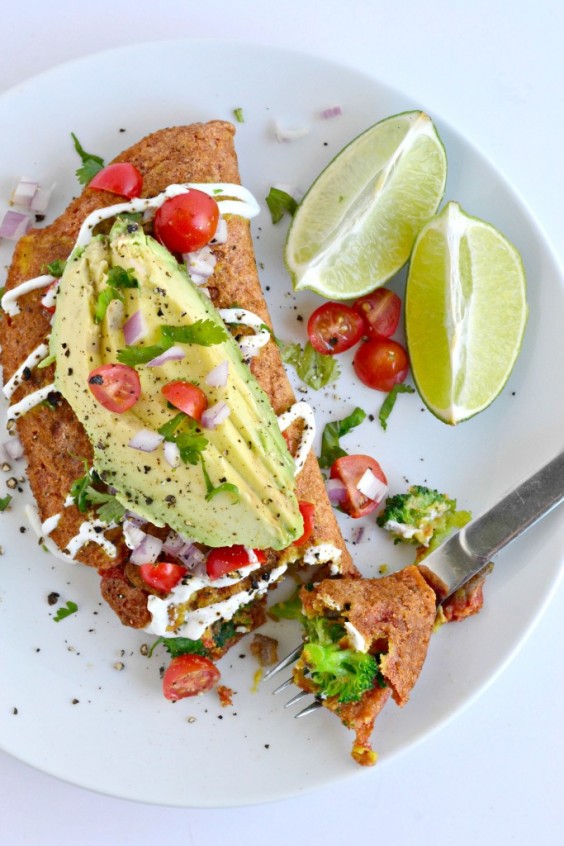 This take on a traditionally eggy dish swaps out the incredible edibles for high-protein chickpea flour. Whisk it into some almond milk, ladle it into a pan, and fill it with veggies. Fold it over, grab a fork and knife, and dig in—just like you would with an omelet! 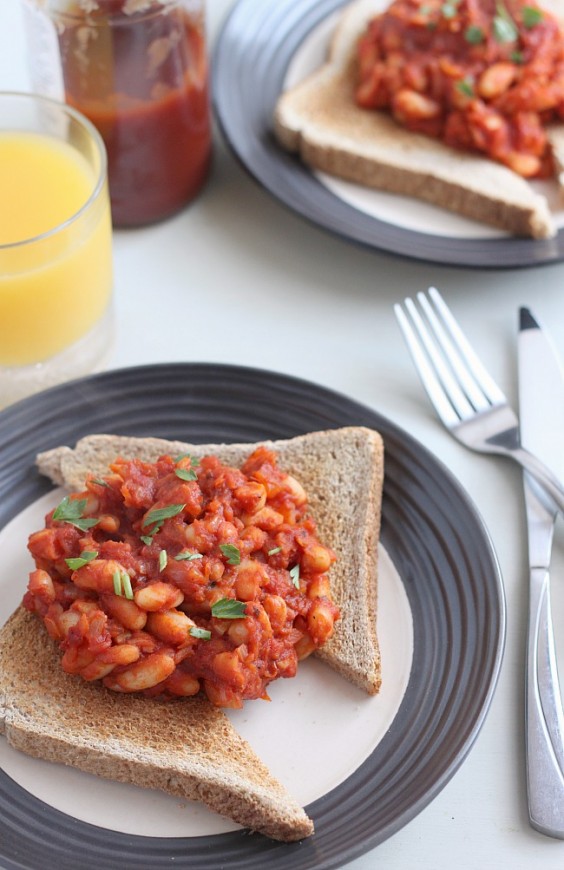 This healthier take on a classic British breakfast dish cuts down on the brown sugar and contains none of the bacon or lard that you may find in a lot of canned varieties. Pile it on top of toast for a super-satisfying morning meal. If you make your own hummus, this recipe will only take you an additional five minutes, and it’ll still keep the total time to make this savory breakfast under 15. Up the healthy fat factor by adding some sunflower and hemp seeds on top of the spread—they’ll add a satisfying crunch.